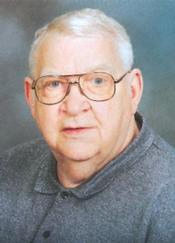 He was born in Clarksburg, WV on January 18, 1935, the son of the late Pat F. and Ruth Austin Arena. He was preceded in death by a sister, Mary Jo Arena.
Robert was raised by his grandparents, Antonio and Rosina Arena and by his aunts, Teresa Arena and Mary Regina Roseman. The family moved to Durham, NC upon the urging of Robert’s uncle, Jay M. Arena, M.D. in December, 1941, shortly after the bombing of Pearl Harbor.

He was educated in Durham, NC, in the St. Mary’s Parochial School, E. K. Poe Junior High and Durham High School. He joined the U.S. Navy and served in a Seabee Unit in Naples, Italy. After his discharge, he attended Belmont Abby College and subsequently he worked for the U.S. Naval Research as a civil servant.
He ultimately worked in divisions of the Petitto Mine Equipment Company in Charleston, SC and Price, Utah. He moved to Morganton, WV which is the home of the mine equipment company which is operated by his cousins, Angelo and James Petitto and Rose Virginia Marshall. Upon his retirement in December, 1999, he settled in Wilmington, NC.

Robert was described as introspectively studious with many interests. Since his days at the Abby he maintained a curiosity of the history of his and other religions. He was, otherwise, an avid reader of history and geography. He enjoyed basketball and he became a serious golf fan. However, his overriding hobby was cooking both creatively and regionally with emphasis on Italian cuisine.

He is survived by a twin brother, James E. Arena and wife, LuRuth; nephews, James Arena, Jr. all of Durham, NC and Paul Anthony Arena and wife, Allison, and their children Jillian and Charlie Arena all of Charlotte, NC.

A Mass of Christian Burial will be held at Immaculate Conception Catholic Church, 6650 Carolina Beach Rd., Wilmington, NC at 9:00 am, Thursday, April 19, 2012 by Rev. John McGee.

Robert will be buried beside deceased members of his family in the Maplewood Cemetery, Durham, NC.