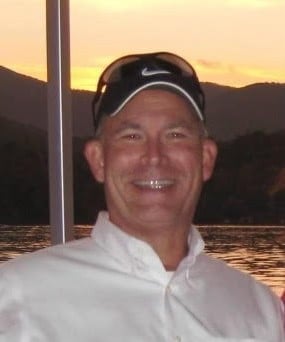 He was born in Wilmington, N.C. on March 28, 1956 to Florence Johnson Taylor and Robert Arnold Taylor. While growing up in Wilmington, Bob and his family embraced the fellowship of Christ with friends in the Cape Fear Presbyterian Church. In his youth, he became an Eagle Scout with the Boy Scouts of America and was also in the Order of the Arrow. He graduated from John T. Hoggard High School with the class of 1974. After obtaining a Bachelor of Science Degree in Forestry from North Carolina State University with the class of 1979, he earned his Master’s in Administration from Western Kentucky University in 1980. While attending NCSU, he became President of FarmHouse International Fraternity, motto: “Builder of Men”.

Bob’s strong management and leadership skills were evident throughout his lifetime. He began in 1981-84 with Roadway as an Inbound Terminal Manager and an Account Sales Manager for Gelco from 1984-85. A long career with PepsiCo followed from 1985-97. Bob earned several promotions with PepsiCo advancing to Vice President Procurement, NY. His final corporate endeavor was with BellSouth Corporation from 1997-2002. Once again, he received several advancements rising to the Vice President of Supply Chain Services, GA.

In 2004 Bob decided to leave the corporate life and embrace the things that he truly enjoyed. He moved to the Charleston, SC area and became a licensed real estate agent. This move brought him back to the ocean that he loved and gave him the opportunity to pursue other interest. He spent many hours on boating adventures and shell collecting on barrier islands. Bob then used his crafting talents, inherited from Grandmama Johnson, and started his own business called: All Washed Up. He had a unique method of embellishing furniture and collectables with shells, sand and treasures from the sea.

Being a lifetime dog person, Bob dedicated time to train his beloved Great Dane, Breaker, to be a certified therapy dog (TDINC). As a team, they brightened the day of many hospital patients and nursing home residents.

Bob will be remembered for: His sparkling eyes and infectious smile; His love of the ocean and kindness to animals; And always having the best neighborhood decorations for EVERY holiday.
He was welcomed into heaven by his father, Robert Arnold Taylor. “Brother Bob” was soon joined by his younger brother, Richard Allen Taylor and his faithful dog, Breaker.
He is survived by his mother, Florence Johnson Watson and stepfather, Guy Watson of Charlotte, N.C.; brother, Albert Taylor, wife Chelle and their children Alexandria and Jacob (Bob’s godson), all of Carolina Beach, N.C.; stepbrother Craig Watson, wife Anna (Cheraw, S.C) and their children Kyle, Savannah, Mckenzie and Will.

Celebration of Life Ceremony will be held 2 pm Friday, March 12, 2021 at Wilmington Funeral Chapel led by Certified Life Celebrant Linda Register. His urn will be buried at Oakdale Cemetery.