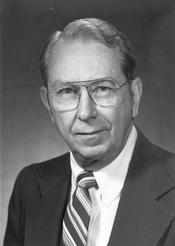 Robert B. Law, 89 of Wilmington passed away Sunday, January 22, 2012 at the Lower Cape Fear Hospice & LifeCareCenter.

Born March 24, 1922 in Brookville, PA, son of the late Harry A. and Nellie D. Law and preceded in death by his wife of 62 beautiful years, Martha Brinkley Law, son Michael A. Law, four sisters and two brothers.

Bob dearly loved and cared for his family and friends. He had a passion for meeting new friends and caring for those in need.

He graduated from Brookville High School in 1940 and from Pennsylvania State University in 1954 with a BA Degree in Commerce. He was a life time member of the Alumni Association.

He served in the USAF in WWII as a pilot. He flew B-17’s on 32 bombing missions over Germany and was injured on his 32nd mission. He received the Air Medal with 4 Oak Leaf Clusters and the European-African-Middle Eastern Citation with 3 Bronze Stars. He served as a Captain in the Air Force Reserve for 9 years.

He worked as a U.S. Postal Employee for 7 years and 28 years with Bethlehem Steel Corporation as an accountant. He retired as a Plant Controller in 1982.

Bob was an avid golfer and was appointed to the United States Golf Association as a Board Member in 1965 and served on their Handicap Relations Committee for 9 years.

He was an active volunteer Firefighter for over 20 years. He served in different administrative offices as well as station Captain for 7 years.

His most recent hobby was bird carving. He loved to carve all birds but mostly did song birds. He won numerous novice ribbons and awards at Bird Carving Shows and Festivals.

Bob was a member of St. Paul’s United Methodist Church where he was active in the Men’s Ministry Association, and where memorial services will be conducted 1:00 PM Saturday, January 28, 2012. The Reverend Steve Hall will officiate.

He was an active volunteer at Good Shepherd Center in Wilmington.

The Law family would like to thank his good friends and neighbors at Cypress Island and the members of St. Paul’s for their kind and thoughtful care and prayers, with special thanks to Pastor Steve and Teresa Hall.