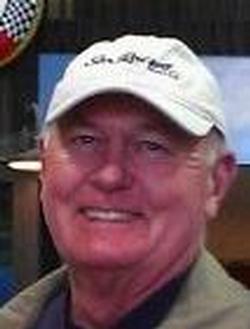 He was born on March 5, 1949 in Fitchburg, Massachusetts to Gerald and Ann Richardson. Bob was a graduate of Weymouth High School and went on to be drafted by the St. Louis Cardinals in 1967. He graduated from Dickinson College in Carlisle, PA in 1972, where he was a member of the Phi Kappa Sigma fraternity and Skull and Key honor society. Bob began his career with Aetna and retired from Travelers Insurance in 2012. He earned many professional certifications during a distinguished career spanning 35 years.

He was happiest when spending time with his family and was an avid golfer at Porter’s Neck Plantation, where he was a member. When he wasn’t on the course, he enjoyed being on or near the water and shared time between his homes in Wilmington, NC and East Falmouth, MA.

A memorial service will be held at a later date in the Boston area.

In lieu of flowers, contributions in his honor may be made to the National Multiple Sclerosis Society at 733 Third Avenue, 3rd floor, New York, NY 10017.