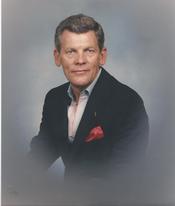 He was born in Greensboro, NC on July 1, 1931. His parents were the late Albert G. Seitter and Margaret W. Seitter. He was preceded in death by a brother, Roger Seitter.

Bobby was a member of St. Matthews Lutheran Church of Wilmington. He retired from Babcock and Wilcox and later retired from Godwin Lumber Co. Bobby had a fascination of planes and anything to do with the military. He served with the Navy Reserve and was a member of the Navy League and ANA. He loved people and enjoyed socializing. He was a member of the famous Whiteys Round Table Club. Bobby was a strong willed man, when he set his mind on something, nothing could stop him. He was an inspiration to all who knew him and never passed up a chance to make you laugh with his sense of humor. Bobby will be fondly remembered and dearly missed, but cherished memories will remain in the hearts of those who knew and loved him.

A celebration of life ceremony will be held at 2:00 pm, Wednesday, January 2, 2013 at St. Matthews Lutheran Church officiated by Rev. Dale Kemppainen and Rev. Marvin Schedler.

In lieu of flowers memorial donations may be made to St. Matthews Lutheran Church of Wilmington.