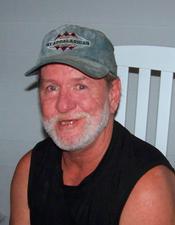 He was born in Wilmington, North Carolina on September 12, 1958 to the late Robert Charles Rackley Sr. and the late Barbara Denise Rising. Before his health failed him Robert was employed by Rockwell International and American Crane.

He was the second of six children. Though his body had grown weak Buddy continued to do for his family. Uncle Buddy loved his family.

In addition to his parents Robert was preceded in death by his brother Donald Ray Hollar Jr. and his sister Deborah Pauline Mintz.
The family will have a private celebration of Uncle Buddy’s life at a later date.

Father in your gracious keeping, leave we now our brother sleeping.

Please share memories and condoloences with the family by clicking on the “Sign Guest Book” tab above.