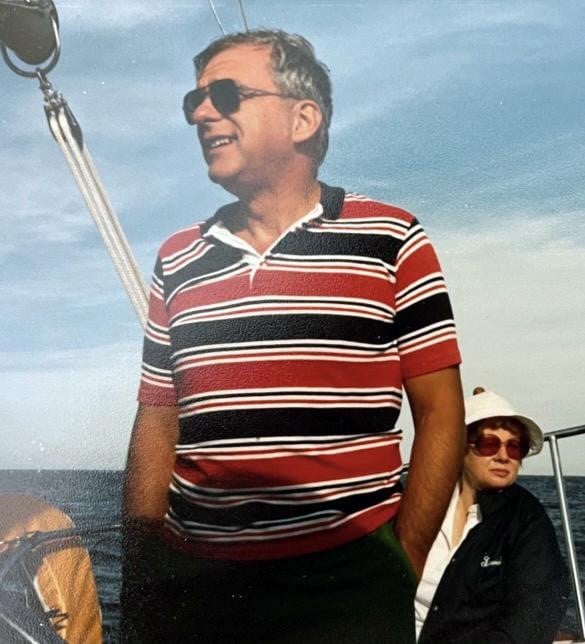 Robert D. Schultz, 90, passed away October 5, 2022, in Wilmington, NC. He was born to Chester J. and Edith (Rothwell) Schultz on September 27, 1932. Besides his parents, he is predeceased by his beloved wife of 67 years (two months prior), Elvira Schultz, brother, Chester J. (Jack) Schultz, Jr.

He worked for the Bureau of Ship Design Department in Washington, D.C. before joining Peck & Hale, Inc. located in W. Sayville, N. Y. in 1962. He worked for them for 35 years. He served as president of the company in the 1970’s.  He worked in international sales and traveled all over the world including Norway, Sweden, Yugoslavia (now known as the State Union of Serbia and Montenegro), China, Poland, Greece, Hong Kong, Japan, France, Germany and more. He retired in 1997.

He was very active in his community. He was a member of the Sayville Congregational Church and served as moderator for many years. He was passionate about education and served as president of the Sayville school board in the 1960’s He also served on the Long Island Maritime Museum board of trustees from 1977-1994 and was elected the chairman of the board two terms and continued to serve on the board until 1994. When he retired from the board he was elected to the position of Trustee Emeritus. In 1962 Robert became a member of the Wet Pants Sailing Association and served as Commodore in 1965 and 1969 and was involved for many years.

His hobbies included racing and building sailboats. He built two Blue Jays, Gil Smith R-61 Boat (refurbished) and Moombean, and four El Toro’s (one for each of his kids and himself). He loved sailing with the family and joined the Great South Bay Cruising Club and sailed a Morgan 24 and later a Person 35 with his family. The family spent many summers at Barrett Beach and Watch Hill.

In 1998 he and his wife moved to St. James Plantation in North Carolina, where he enjoyed playing golf and family visits. He will be missed and forever in our hearts.

A private memorial service will be held next summer on Long Island, NY.