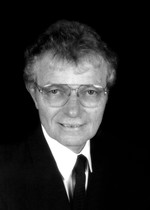 It is with great sadness that we announce the peaceful passing of Robert Jackson Lawrence Jr. affectionately called “Jack” by his relatives and friends on February 9th, 2009. Jack, age 65, fought a courageous battle with cancer for several months. His tenacious spirit was revered by his family, friends and co-workers alike.

Jack was preceded by his parents Frances and Robert J. Lawrence of Williamsville, NY. He is survived by his loving wife, Erika Lawrence with whom he resided for many years in Clarence, NY before making their home in Wilmington, NC. Jack is also survived by his wonderful sons, Eric who is attending NCSU in Raleigh and by his sons Scott and Brian who continue to reside in Amherst and Williamsville, NY. Jack has two beautiful sisters Nancy Fuller of Okatie, SC and Highlands NC and Barbara Lawrence of Fort Lauderdale, FL. He also has three wonderful grandsons Dylan, Colin and Tyler Lawrence.

Jack lived an active life in upstate NY involving himself in community affairs and charitable organizations such as the Rotary Club. Jack was a great supporter of the local Arts especially Studio Arena in Buffalo, NY. He was an avid fisherman and a long supporter and active member of the Buffalo Curling Club and a great fan of the Buffalo Bills cheering them on for many years. Jack loved the water and spent many summer days boating with his family and enjoyed taking excursions in his motor home.

Jack graduated from Miami University, Ohio, with a business degree that he promptly put to use in the family business, Gardner Furniture, which was located in Buffalo NY, then Amherst, NY. As one of the owners of Gardner Furniture, Jack spent countless hours to help build it into the most reputable and successful furniture store with several outlets in Western New York. After retiring Jack and his family moved to their present home in Wilmington, NC where after a few years he found his way back to the furniture business putting his expertise and knowledge to work at Rooms To Go.

In lieu of flowers memorial contributions may be made to Lower Cape Fear Hospice, 2222 South 17th St., Wilmington, NC 28401.