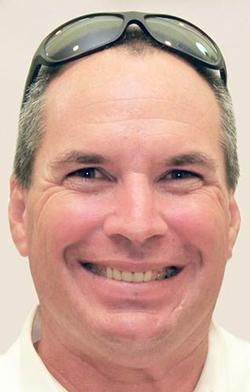 John was a commercial fisherman who lived to fish. Some of his happiest moments were spent aboard his boat, Strictly Business, in the Atlantic Ocean off Wrightsville Beach. His son, Robert John Kelly III, age 13, was the light of his life.

Surviving to cherish his memory are his mother, Norma Kelly of Wilmington, son Robert of Wilmington, and sisters, Angela Kanter of Sarasota, Fla., and Deborah Kelly of Richmond, Va.

Visitation for family and friends will be from 1:00 PM until 2:00 PM Saturday, Feb. 21, 2015 at the Wilmington Funeral Chapel followed immediately by a celebration of life officiated by Rev. Robert Keats. Interment will be held at 1: 00 PM Monday, February 23, 2015 at Oleander Memorial Gardens on Bradley Drive.
A special thanks to all his fishing and Facebook friends who hold him in their hearts.

In lieu of flowers, the family asks that memorial donations be made to College Acres Baptist Church in Wilmington.