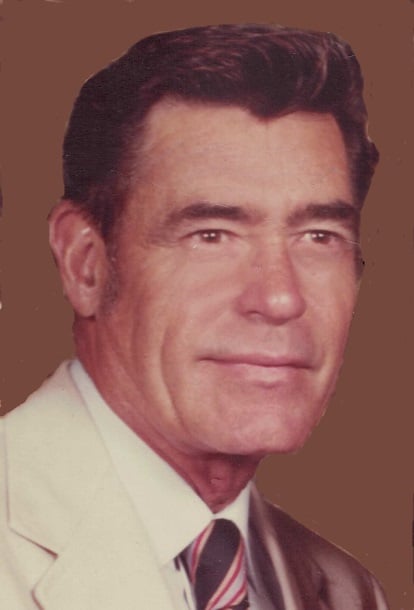 Born in Wilmington, September 24, 1925, a son of the late Robert Lee Cowan Sr., and the late Lucille Sheally Cowan, he was a graduate of New Hanover High School and had attended Wilmington College. He enlisted into the U.S. Navy in 1942 and served in the U.S. Navy Amphibious Forces in the South Pacific and the South China Sea during World War II.

He returned home and married Celeta Surles in 1947 and was a member of Wesley Memorial Methodist Church for over 60 years where he was an active member of the Johnson Bible Class. Since moving to Burgaw, he attended the Burgaw Baptist Church.

He was a self-employed as a HVAC contractor for many years and held a private pilots license frequently flying to Fort Lauderdale, Florida as well as the Keys. He was an avid deep sea, sport and fresh water angler and boatsman.

He was a former member of the Wilmington Junior Chamber of Commerce, the Azalea Committee, the Kiwanis Club, and the Wilmington Contractors Association.

He is survived by his wife of 70 years, Celeta Surles Cowan; by his son, Robert Lee Cowan III and his wife Wendee; his grandchildren, English Cowan Robbins and  husband Jarod, Priscilla Cowan Weisser and husband Levi, and Amy J. Blizzard; his great-grandchildren, Cameron, Samantha, Abram, Collin, Davis, Alexis, and Mason. He was predeceased by his sister, Jacqueline Cowan Shankle.

A memorial service will be held Wednesday at 2 p.m. in the Wilmington Funeral Chapel. Memorials may be sent to the Wesley Memorial Methodist Church 1401 So. College Rd., Wilmington, NC 28403, the Burgaw Baptist Church 110 East Bridgers St. Burgaw, NC 28425, or to the Lower Cape Fear Hospice 1414 Physicians Drive Wilmington, NC 28401.