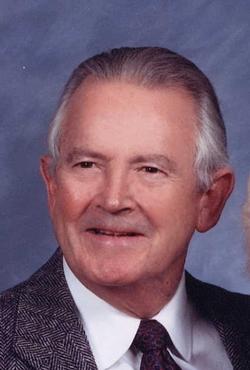 As a devoted and loving family man, a huge void is left for his surviving children: Patricia “Patty” McDonald (Tod) and grandson, Beau, of Wilmington, NC; Robert “Bobby” Miller Heyward, Jr. (Charlene) and grandchildren Madison and Miller of Louisville, Ky; Craig Rhett Heyward and granddaughter Lara, of Wilmington, NC; and Brent Barnwell Heyward (Felicia), and grandchildren Kristina and Austin of Raleigh, NC. He also shared a special relationship with Frankie’s siblings whom he considered his own brothers and sisters: Bill Joe Sugg, Anne Louise Woodard, Raymond Massey Sugg, and Nancy Sugg Smith. Additionally, there are many nieces, nephews, and grand-nieces and nephews that he loved dearly.

Raised in Goldsboro, NC, Bob graduated from Goldsboro High School in 1941. He was involved in many extracurricular activities: becoming an Eagle Scout, playing football, and winning state championships in swimming and diving. He entered North Carolina State University studying mechanical engineering until his 18th birthday, at which time he volunteered to join the Army Air Corp to defend his country during World War II. To his delight, he became a P-51 Mustang fighter pilot and served with the 14th Air Force “Flying Tigers.” He completed 13 missions and received several awards: the Asiatic Campaign Medal with two Bronze Service Stars, the American Theater Campaign Medal, the Army of Occupation Medal, and the Victory Medal.

After the war, Bob re-entered NC State while working in tobacco warehouses and rough-necking in the oil fields of Louisiana during the summers for the father of a WWII buddy. Being ever involved, he served as the president of Kappa Sigma fraternity and competed on the varsity swimming and diving teams. During this time he met his future bride, Frankie, on a double date, although they were dating the other people. That situation soon changed as their love began to grow. A life changing career opportunity presented itself in 1950 with Brown and Williamson Tobacco Corporation (B&W) in Louisville, KY. He once again left NC State (and temporarily the love of his life, Frankie) and moved to Louisville before convincing her to join him about a year later.

They began a lifetime of love with marriage there on February 16, 1952. There was never any doubt that she was the center of his world from that moment forward. For the next 30 years they lived in Louisville, providing a wonderful childhood and example of how to live a life full of love and meaning for their four children. Semi-annual trips back to NC further instilled the importance of family. Annual Labor Day picnics at their home for several special families cemented lifelong friendships. Horseback riding, trampoline jumping, creek wading, NC style BBQ, and homemade ice cream ruled the day.

Strongly believing in the value of education, Bob finally completed his college degree at night at the University of Louisville with a Bachelor of Arts in Physics. His four children took this to heart and all have earned a master’s degree. A talented businessman, he rose to the position of Vice President of Manufacturing and was on the Board of Directors at B&W. Understanding that true, deep gratification and fulfillment only comes through service to others, he invested his time and treasures into community service activities; he was a founding member of Saint Mark’s United Methodist Church, served as the President of Wildwood Country Club, and was distinguished as a Kentucky Colonel for his service to the Louisville community.

After retirement in 1981, Bob and Frankie moved to Wilmington, NC where they continued to embrace and celebrate life. He kept physically fit and was active until the last month of his life…”floating” (driving somewhere to visit someone), golf (Cape Fear Country Club), exercise class (New Hanover Regional Hospital Cardiac Rehabilitation), yard work (the basic maintenance as well as tending his beautiful rose garden), and charitable endeavors (Wrightsville United Methodist Church outreach and mission trips, Meals on Wheels, Mother Hubbard’s Cupboard, Wilmington Area Rebuilding Ministry, Salvation Army, Boys Clubs of America, and visits to friends in need with a rose from his garden, a smile, and some conversation). He was a “Good Samaritan” always on the lookout to help someone in need. He truly inspired the best out of all those he touched for the purest of reasons. Lifelong friendships were enjoyed with a number of people he met along his journey.

Bob was a good, faithful servant and a humble brother-in-Christ. He will be sincerely missed by all that knew him. We are overjoyed that Bob is reunited with Frankie…”Ashes together on earth, souls united in Heaven.”

A memorial service to celebrate Bob’s life will be conducted by Reverends Bob Bauman, P.D. Midgett, and Edie Gleaves at Wrightsville United Methodist Church on Friday, May 30th, at 11 AM. A graveside service with a military Honor Guard will be held at the Princeton, NC Cemetery at 5 PM that same day.

Memorial donations may be made to the Salvation Army of Wilmington, Wrightsville United Methodist Church, P.O. Box 748, Wrightsville Beach, NC, 28403, or a charity of choice.

Please Share memories and condolences with the family by clicking on the “Sign Guest Book” tab above.