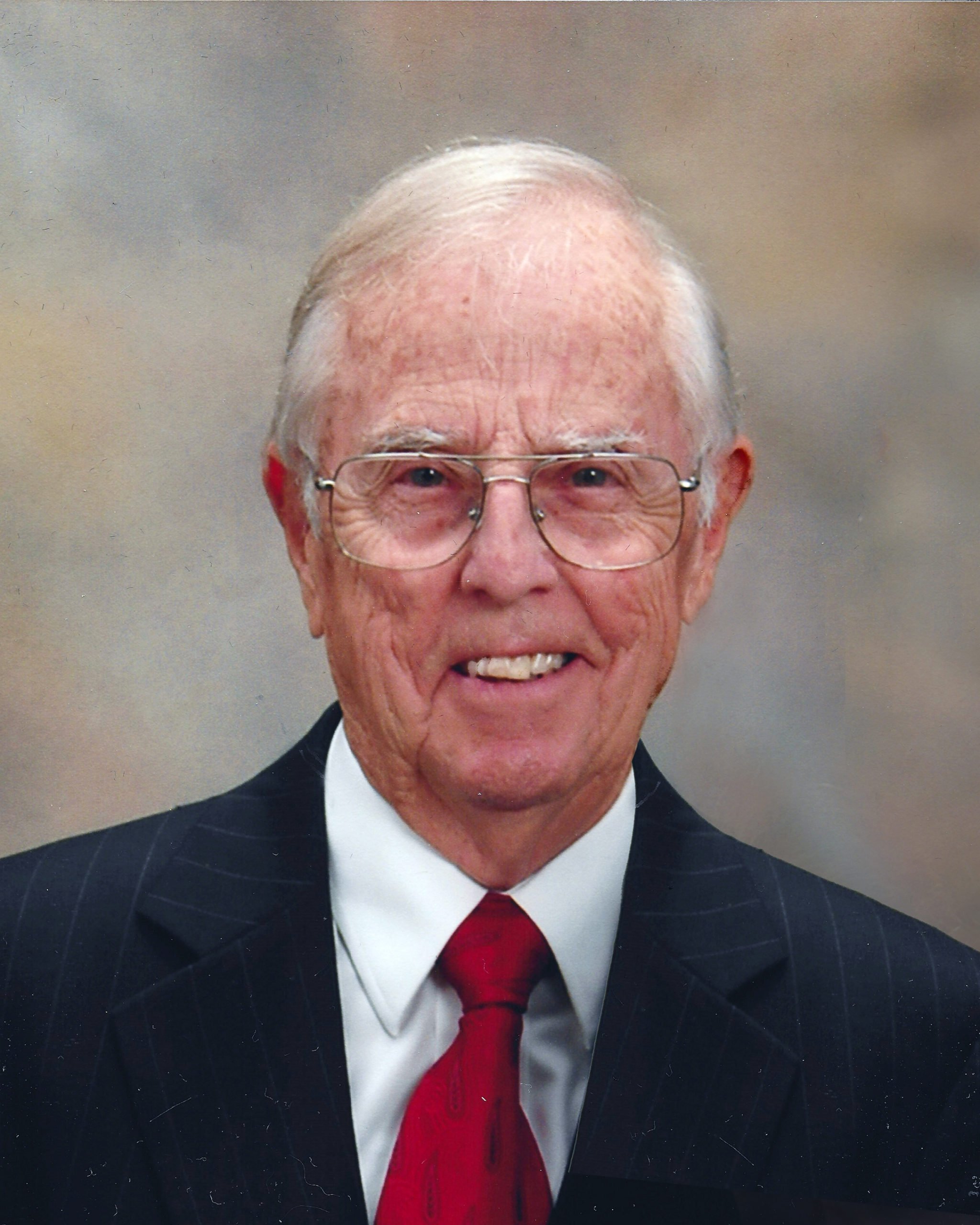 On June 17, 2022, Robert Mitchell Foster left the loving embrace of his family and rests in Eternal Peace.

Bob was born September 8, 1927 to Helen Geneva Van Hoozer and Ora Ellis Foster, in Kansas City, Missouri. With his parents and older sister, Martha Lee, Bob moved to the Washington, DC area in 1940. In 1945 he completed High School at Maryland Park and entered the United States Army. He graduated with a Bachelor of Arts from the University of Maryland, College Park, in 1951 and in 1961 he earned his Masters degree from George Washington University in Education studies. Bob met the love of his life, Aletha Pauline Bonnette, at a High Point High School Teachers Welcome Picnic. The two of them knew immediately that they were meant to be together for their rest of their lives and married on December 22, 1956. While living in Clarksville, Maryland, Bob and Aletha were blessed with four children, William Ellis, Candace Ann, Richard Lee, and Patricia Mae.

Bob started his teaching career at Hyattsville Junior High and went on to teach and coach athletics at several high schools in Prince Georges and Montgomery Counties, including Northwestern, High Point, Northwood, Bethesda-Chevy Chase, and Paint Branch. Bob coached high school football and basketball, football at Western Maryland University, and basketball at American University. Bob was a dedicated teacher, mentor and coach, helping to encourage and motivate so many young people and instilling values that promoted many successful lives. Bob served as President of the Maryland Public Secondary Schools Athletic Association (1976-1978) and founded and organized the Maryland State Athletic Directors Association (1977). He received the Athletic Director of the Year award in 1978 and was inducted into the Maryland State Athletic Directors Association Hall of Fame in 1981 and the Paint Branch High School Athletic Hall of Fame in 2018. His love of sports was a constant passion throughout his life, and he was an unwavering fan of the New York Yankees. Even after retiring to Wilmington, North Carolina, he continued to volunteer as an assistant coach at the Topsail High School in Hampstead. He joined the Wilmington Senior Softball Association and the Senior Men’s Club and the Belvedere Golf Club.

Bob believed in community service and responsible citizenship. He was a Charter member of the Clarksville Lions Club and helped organize fund raisers and community service activities. He and the family were members of Mount Zion United Methodist Church, and then, after moving to North Carolina, Bob and Aletha were active members of Wesleyan Chapel United Methodist Church in Scotts Hill. He coached and played on the church and community softball teams, and he and his family spent many summer nights and weekends at the ball field. Patriotism was a value he modeled every day, and the family fondly remembers his Independence Day celebrations with friends and neighbors at annual traditional barbeque and fireworks (with the Clarksville fire department nearby).

Bob’s family grew to include his children, their spouses and families: Bill Foster, Candace and Gary Cederman, Richard and Sherry Foster, and Tricia and Coleman Bazelon. He was blessed with ten grandchildren – Rafael, Sofia, and Peter Foster; Stephen and Michael Howell; Nick Cameron, Preston and Danielle Foster; and Rymahri and Dane Bazelon. Bob’s family continued to grow with the addition of a great grandchild, Danigael Tchipandi and one on the way, Bobbie Howell. Bob was also close to his sister’s two daughters, Martha Sue and Jo Marie Preston. He was predeceased by his parents, his sister and her husband, and grandson Nick.

A Memorial Service will be held for Bob on Monday, June 27, 2022 at Wesleyan Chapel United Methodist Church at 3:00pm. All are welcome to attend.

Please leave memories and condolences to Robert’s family by posting to the Tribute Wall below.