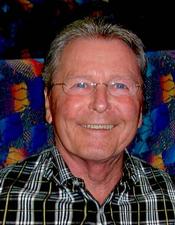 Bob was born on September 28, 1942, in Troy, New York, the only child of the late George DeZuba and Anne Ackart DeZuba. He graduated from Catholic Central High School, Troy, in 1960, upon which he proudly served in the United States Navy for five years. He attended college in San Diego while he served as a dental assistant in the navy.
Bob’s career in the automobile industry spanned more than thirty years, holding such positions as General Manager of a Volvo dealership in Albany, New York and in Manchester, New Hampshire. Ultimately, he worked as a business systems training consultant for Reynolds and Reynolds, Inc., an IT Company contracted to Ford Motor Corporation, retiring in 2009.

Bob was an avid reader, enjoyed many sports, and had a passion for golf and the Buffalo Bills football team, holding season tickets for several years.

He is survived by his loving wife, Maureen Wiltse DeZuba, two step-children, Craig Wiltse and wife Suzanne, Kristen Wiltse Santoro and husband, Scott, and the light of his life, granddaughter, Shaelin Mary Santoro. Bob is also survived by his brother-in-law, David Murphy and wife, Barbara, sister-in-law, Linda Deguarde, several nieces and nephews, and enjoyed the camaraderie of many friends.

A special thank you to Dr. Douglas Lee, and nurse, Betsy, Dr. William McNulty and nurse, Faye, for their constant care and concern, as well as Hospice nurse, Jill Phair.

There will be a Mass of Christian Burial at St. Mary’s Catholic Church, Wilmington, at 1 pm Saturday, November 24, 2012 with Very Reverend Robert J. Kus, officiating.