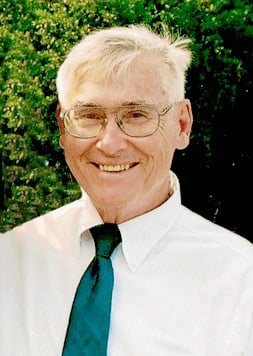 Bob began his life in America as a student at the prestigious Phillips Academy. From there, he was to attend Harvard University.

Instead, he went to Colorado to work on a ranch. He learned many things here; above all was compassion. He spoke several times of an old man who did little more than cook beans, badly. The cook was completely taken care of by the ranch owner, simply because there was nowhere else for him to go.

Just as the rancher did, Bob took people in, regardless of who they were. If he could help, he did. From beggars to neighbors to a little girl he comforted in her final moments, he was there to help others.

This spirit led him to the United States Marine Corps, where he protected the country he loved and perfected his skills in electronic work for six years. From there, he enlisted in the US Air Force where, for the following fourteen years, he used his intelligence, creativity, and attention to detail to ensure jet pilots had sound aircraft. Eventually, he was entrusted with maintaining some of our country’s nuclear defenses.

Upon discharge, Bob worked for the company that eventually became Hoechst Celanese, where he wrote computer programs that kept the company profitable and, more importantly, safe, for both employees and the environment.

He leaves behind his wife of sixty years, Betty Jean, his children, Cheryl, Karen, Robert Jr., and James, his grandchildren, Chris, Samantha, and Lucianne, and his great-grandchildren, Joshua, Caleb, and Sofia.

He also leaves behind a legacy of kindness, fairness, and a joyful sense of duty to both country and family.

He had a simple philosophy of life: “Leave the world better than you found it.” In doing so, he taught us all how to do likewise.

You will be missed, Master Sergeant Robert Paul Lanouette Senior.

The family will gather for a Graveside Service at 1:00 pm on Wednesday, July 24, 2019, at Sea Gate Cemetery, S.52nd Street and LaPaloma Court. In recognition of Robert’s honorable and faithful service to his country, the United States Marines will render a presentation of Military Honors.