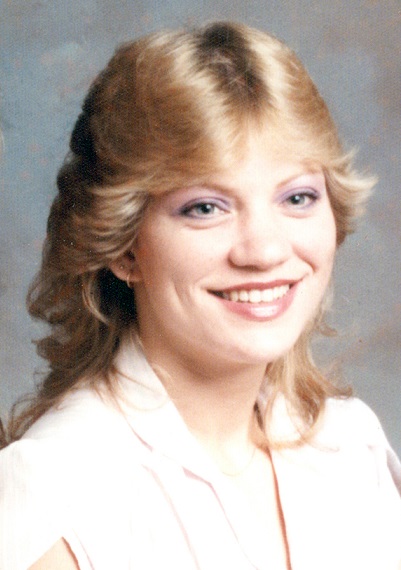 Robyn Morris Framilla greeted The Lord she loved on Sunday, July 31, 2016 after a more than 2-year fight against cancer. A fight she waged with the loving support of her father and ‘Momma J”, without whom these years would have had a much different complexion. She fought with grace and tenacity, ministering to those who were treating her as well as those who were facing the same treatments and battles.

Her radiance, attitude, smile, and peace of soul were evident to everyone she met; her every encounter was viewed as a God-given opportunity to be an encourager.

Robyn was a member of Bible Baptist Church of Wilmington.

A willful, purposeful, creative, loving, fiercely loyal soul, Robyn Framilla attacked every area of life with the same forceful determination. If Robyn thought it right and good, everyone around her had better accept it as such and not get in her way!

Her repentance was just as sincere and just as energetic, should she be proven wrong (and you had to ‘prove’ it so!). Robyn did not accept opinions as facts unless/until you had demonstrated a pattern of success in that area.

Coming to Christ followed this pattern. Merely telling the Gospel Story and explaining what it means was not sufficient. Robyn had to think about it, analyze it, and test it (and you) before accepting it as Truth. She did not rush into this important aspect of Life!

When she did, however, it was with a BANG! She began to address the areas of life that were out of sync with what the Bible teaches. She began to evaluate her relationships and attitudes for weaknesses and inconsistencies. She began to wonder and ask questions…not always accepting the answer given.

Over time, however, the Spirit of God working in her heart and life, began to make the changes. Robyn became a much different person. Still headstrong and purposeful, she was now applying that to her walk with Christ. Gradually, areas of her life began to change and a little-used character quality crept in: Patience.

She now had a driving desire to see her family, especially her grandchildren, come to know The Lord the way she did. She spent untold hours with her sons and granddaughter (RJ was born only recently), talking, praying with and for, illustrating and sharing all that Jesus meant to her and to all who would Repent of their sin and Believe on the Lord Jesus Christ for salvation.

Her life before Cancer was purposeful and active. Her life after Cancer was even more purposeful, but now focused in a way not before seen. She now knew how limited would be her time on this Earth. There were many things she needed to do and say; there were many people who needed to hear from one who knew the realities of life and death.

She would have years if treatment worked. Year number two came and went and she was still here and still actively ministering. Doctors, nurses, technicians, and patients were impacted with her purposeful effort to be useful to God, even in her pain and frustration, for as long as God would give her.

She worried about Marty after she was gone, the work-out routines that had been so precious became more labored and infrequent. Her business suffered as she was unable to maintain the same schedules. Her body rebelled against the disease and the drugs, causing damage and necessary repairs.

None of that seemed to move her. Yes, she was in pain. Yes, she was discouraged. Yes, she was worried. Through it all, she preserved a testimony to God’s Grace and Mercy. Robyn had a Ministry! She would NOT let her trials interfere with that MINISTRY! In the end, that Ministry was relegated to smiling and offering encouragement even as her body refused to cooperate.

A memorial service will be held on Saturday, August 6, 2016 at 11 a.m. in the Bible Baptist Church, 5420 Wrightsville Avenue, in Wilmington