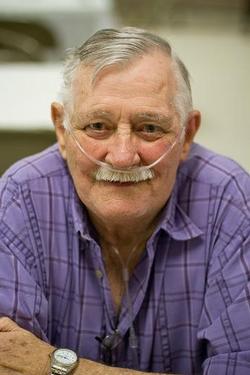 Roger was born November 8, 1938 in St. Albans, Vermont to the late Leo and Eugenie Guertin. He was preceded in death by his brothers Lee Guertin and Arthur Guertin.

He is survived by his wife of 49 years, Martha Guertin. He is also survived by his brother and spouse Paul and Norma Guertin, and his sisters Yvonne Hanson and Giselle Nelson.

He is also survived by his children, grandchildren, and great-grandchildren. Roger was a loving father to his four children: Tammy & Curt Roach, Steve & Lisa Guertin, Christopher & Debra Guertin, and Amy & Michael Milling.

Roger retired from Praxair after driving trucks for 23 years. After retirement, he enjoyed wood-working in his backyard shop.

A service to celebrate Rogers life will follow at 4:00PM, with Rev. Mickey Easterling officiating.