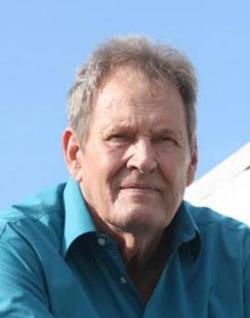 Romaine Bruno Gallo, of Surf City, NC, formerly of Gatlinburg, TN and formerly Boonville, NY passed away on Tuesday, February 4th at Lower Cape Fear Hospice Center after greater than a decade of battling Multiple Myeloma. Romaine “Romey” was born on November 22, 1937 to Bruno and Michalina Gallo at home in West Leyden, NY the youngest of ten brothers and sisters. He is survived by his wife of 53 years Elaine Mooney Gallo. Romey and Elaine were married on October 1, 1960 at St. Mary’s Cathedral in Rome NY which started a love affair for the storybooks.

Romey graduated from Adirondack High School in 1956 and received a bachelor’s degree in criminal justice from SUNY. He went on to be a NY State Trooper for 23 years and retired in 1984. Upon his retirement from the State Police he held the position of First Sargent. During his career with the State Police he most notable was part of the council for the security at the 1980 Winter Olympics held in Lake Placid, NY. He was in the stadium when the USA “underdogs” defeated the Russians and went on to win the Gold Medal. He was also a member of the board for disaster preparedness for the State of NY.

After his career in the State Police he went on to be a businessman, a professor, an author and a composer. He opened and operated “Gallery North” in Old Forge , NY, he taught at Carson-Newman College in Gatlinburg, TN, he wrote the book “Indian Givers: The True Story of Moss Lake” and he was an avid music composer most notably writing the song “Smoky Mountain Magic” that found its way to the radio stations in several regions.

Romey survived by his three children, Roman, John and Julie and four grandchildren Kristen, Brianna, Caitlyn and Danielle. Roman, wife Beth and children Kristen & Danielle are of Collierville, TN, John and Daughters Brianna & Caitlyn are of Raleigh, NC and Julie & Husband Dave are also of Raleigh, NC. Romey is also survived by three Siblings, Arthur Gallo of Boonville NY, Ailene Scott of Surf City NC and Arlene Stockhauser of Rome NY. A beloved husband, father, grandfather and friend, Romey made a mark on everyone he came in contact with as a compassionate, loving and strong man.

Romey asked that no final services be offered but as an avid animal lover he requested that anyone that wishes to, please make donations to Operation Topcat which is an organization that rescues stray and orphaned cats. Donations can be made to Operation Topcat, C/O Elaine Gallo, PO Box 2074, Surf City, NC 28445.