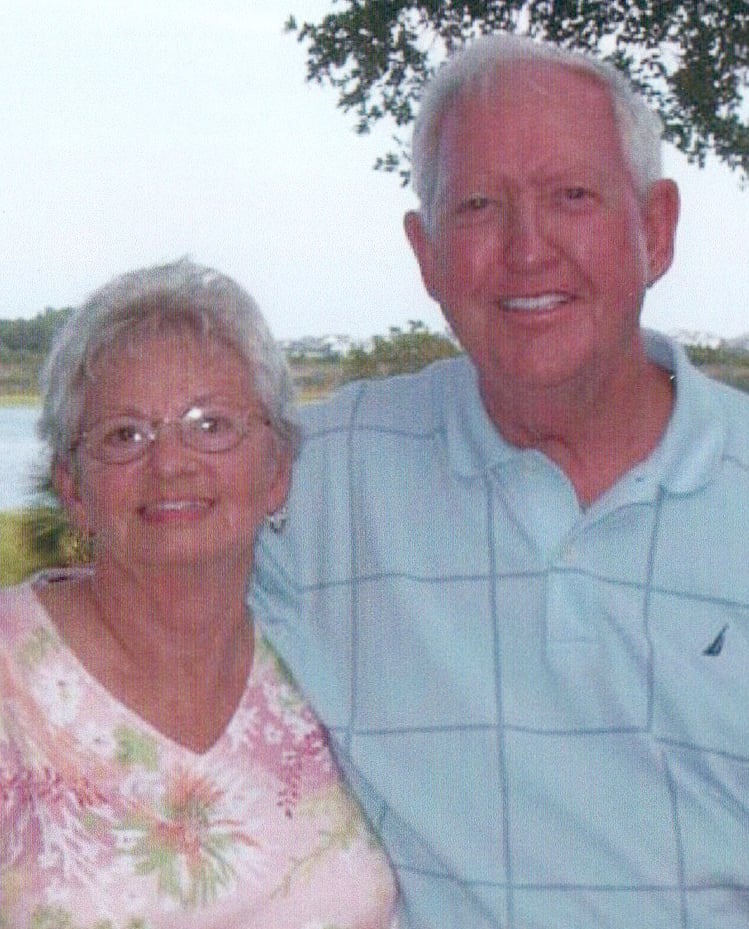 Ronald G. “Ron” Phelps passed from this life into that life which is eternal on Tuesday September 25, 2018 at New Hanover Regional Medical Center following a accident at his home during Hurricane Florence at the age of 85.

Ron was born in Wilmington, NC on October 23, 1932, the son of the late Walter G. and Thelma Hewett Phelps at James Walker Hospital. He attended Forest Hills Grammar School, then New Hanover High School graduating in the class of 1952. He loved all sports and was a member of the 1951 NHHS State Championship basketball team. Upon graduation he enrolled at Wilmington College on a basketball scholarship. He entered into the U.S. Navy March 3, 1953, completed boot camp in San Diego, CA, then completed electronics school in Great Lakes, IL. He served on three ships, the USS Bannock ATF 81, USS Exploit MSO 440, and the USS Lloyd Thomas DDE 764, a destroyer in Newport, RI. He often spoke of the good fortune to have made a European cruise, two trips to Havana, Cuba and a cruise that took him to seven countries in South America while on the USS Lloyd Thomas.

Upon discharge from the Navy on March 26, 1957 he re-entered Wilmington College and graduated in the class of 1959 after which he attended NC State.
Ron always felt fortunate and blessed to have been hired by Nationwide Insurance Company where he served as a field claims man until he entered the agency sales force in October 1969 building his agency from scratch. He retired from Nationwide October 31, 2006 after a career of just 90 days short of 45 years.

Ron was a 32nd Degree Master Mason, a member of the Scottish Rite and of Sudan Temple. He was a life member of the Arab Shrine Club, and a former member of the Wilmington Cape Fear Rotary Club. In addition, he was a long time active member of Elks Lodge BPOE 532.

Ron treated each day as a special gift from God and strived each day to make a joy out of daily living realizing that he shall not pass this way again. He wanted those around him to likewise be happy and enjoy a good story and a laugh. He always loved one-liners and quick wit in conversation with friends. He would often comment, “Laughter is good for the soul”. His glass never seemed half empty but rather half full. His motto was, “Live today as if there were no tomorrow”. Ron founded the Facebook page Wilmington Hometown Memories and had over 9,000 followers.

Ron always felt lucky and blessed to have lived by the water all his life. Spending time on his boat, “SO FINE” with family and friends were special times. In the early years, much time was spent water skiing and fishing. A good suntan was a must if you were going to look your best and healthy.

Ron loved a beautiful yard and a large variety of brilliant flowers to enhance the green grass. Many hours were spent tending the yard and watching the boat traffic out front with his beloved dogs “Lady”, “Ginger” and “Mitch” in that order over the years always by his side as if to give a hand if needed.

Ron married the former Carolyn Newton in 1962 and they shared many wonderful years of joys, struggles, and triumphs building an unforgettable love story together, until her death on November 6, 2017.

In addition to his parents and his wife, Ron was also preceded in death by his brother Walter Kenneth Phelps, two stepsons Mark N. Shepard, and Tracy Shepard and a grandson Justin Shepard.

The family would like memorials to be directed to The Salvation Army of Cape Fear, Hurricane Relief Fund. Donations may be made at TMCFunding.