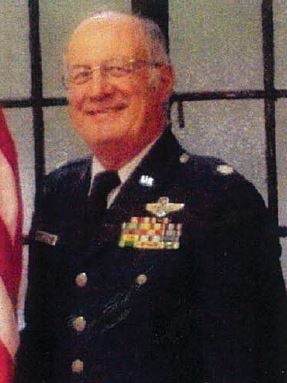 Ronald Hervey Lafond of Wilmington passed away from complications of pancreatic cancer on Monday, March 23,2020 at his home in Autumn Hall, Wilmington, NC, with family by his side. He is survived by his wife Ursula, daughter Shari Thompson, son Ron and his husband Mike, grandsons Jackson and Alexander Thompson, brother Lawrence and his wife Claudette of Salem, NH, sister Diane and her husband Bill O’Brien of Hypoluxo, FL, and several nieces and nephews.

Ron was born on March 15, 1942, in Lawrence, Massachusetts, and attended local schools before graduating from then Lowell Technological Institute (now UMass-Lowell) in 1963 with a B.S. in Industrial Management. He later received his MBA from Golden Gate University in 1974. He entered the US Air Force in 1964 and completed a 23-year aviation career that included flying C-130, C-141c and C5A aircraft as an aircrew navigator. In 1968-69 he flew Tactical Airlift missions in Vietnam and received several Air Commendation medals. During this time flying in and out of the Vietnam theater, Ron met and began dating Ursula, and they married on June 2, 1973, at Travis Air Force Base, Fairfield, CA.

His last flying assignment was with the Blue Tail Flies of the 435th Tactical Airlift Wing, Rhein-Main Air Base, Germany, in the early 1980s. He then completed several assignments at the Pentagon retiring at the rank of Lieutenant Colonel in 1987. His second career was spent working for the US Army in aviation and acquisition positions as a contractor at the Pentagon and Huntsville, AL, supporting the Apache Attack Helicopter program.

Ron and his family moved to Wilmington in 2007 to be closer to their daughter and grandsons. He was heavily involved in Wilmington sports activities over the last 10 years including Wilmington senior softball and YMCA basketball, and participated in two National Senior games in men’s softball receiving gold medals with his teams in 2011 and last year in Albuquerque, NM. Ron served on several residential Homeowners’ Associations including Autumn Hall, where he was known as “the unofficial Mayor”. He also volunteered his time with the New Hanover Board of Elections for over ten years as a precinct judge and one-stop voting official and worked for the New Hanover County tax office’s Board of Equalization and Review.

Given the unprecedented circumstances of these uncertain times, Wilmington Funeral and Cremation will post your condolences online at wilmingtoncares.com in lieu of a viewing.
The following services will be held at a later date:
• A Memorial Mass will be held at St. Mark Catholic Church, Eastwood Road, Wilmington; and
• Interment with Full Military Honors will occur at Arlington National Cemetery.
In lieu of flowers, please consider sending memorial contributions to the following organizations that support causes that were dear to Ron:
• Fisherhouse.org – helping military families;
• Stjude.org – supporting children with advanced cancers and other medical needs; and
• ASPCA.org – supporting pets and animals.