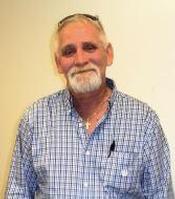 Ronald Wayne “Ron” Robbins lost his battle with cancer on December 8th at his home in Wilmington NC. He was born April 10, 1957 in Pontiac MI and was the son of the late Randolph and Mary Melton Robbins. A brother Jimmy Robbins preceded him in death.

He is survived by his loving & devoted wife of 27 years Sandra Robbins (Sandy). He will be missed by his very loyal & caring sister-in-law, Bobbie Richmond of DeTour, MI, who lovingly helped care for him for much of his illness. Ron also leaves a brother, Donnie Robbins of Wilmington, NC and a sister Gloria Williams (Tommy) of Leland, NC.

He will be deeply missed by his stepchildren and best friends who were at his side up to the very end. Glenn Joyner (Debra) of Chapmansboro TN, Lori Long (Bob Witter) of Ashland City TN and Susan Murphy (Michael) of Rocky Point NC. He was Pop-pop to grandchildren Stephanie Murphy, Allison Murphy, Hunter Long and Zachary Long, all of to whom he was totally devoted. His two pups, Nipper (“Mater-man”) and Kato (“Big”) that he loved so dearly will miss him tremendously.

Ron worked in some area of the construction trade most of his life. For the past six years he was employed by Brunswick Co. as a Building Inspector where he enjoyed a special relationship with his many friends & co-workers. From 1996 to 2004 he was a New Hanover Co Building Inspector. He has also held a NC General Contractor’s License since 1993.

The family will accept visitors at a Celebration of Life at the family home on Coleridge Drive on Sunday, December 16th from 2-6 pm.

The family is so grateful to Dr. William McNulty & his team and to Cape Fear Hospice for their compassionate & caring attention. In lieu of flowers, memorials in Ron’s name may be made to Cape Fear Hospice, 1414 Physicians Drive, Wilmington, NC 28401.