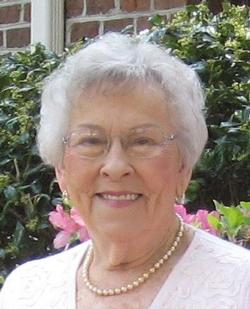 She moved to Wilmington in 1942 where she met and married Thomas Edison West. After raising five children she joined the workforce and began working at the Babcock and Wilcox Company. She retired in 1984 when the company closed, and thereafter was employed at Cape Fear Memorial Hospital. Her second retirement was in 2004 at the age of 81.

Rosalie was an avid golfer and played for many years on a women’s league at Municipal Golf Course. She was a wonderful seamstress, patiently smocking dresses by hand for her daughters and creating beautiful wardrobes for Barbie dolls. A skilled cook in southern cuisine, her fried chicken and biscuits were renowned.

She is predeceased by her husband, Thomas E. West, Sr., by her son James Lawrence West, and by her siblings Fred Kennedy, Ruth Kennedy, Grace Weatherford, Josephine Barton, and Sue Reynolds.

In lieu of flowers, the immediate family is requesting that a donation to Winter Park Baptist Church or your favorite charity be made in her memory.