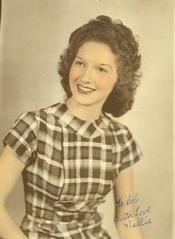 She was a daughter of the late Charles F. Bryant and Biddie B. Bryant of Fayetteville, WV.

A Celebration of Life Service will be held later in Fayetteville,WV.

In lieu of flowers, contributions can be made to Lower Cape Fear Hospice, 1414 Physicians Dr. Wilmington, NC.28401.