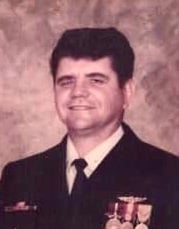 The son of the late Charles and Olive Silva Melcher, he was also predeceased by son, Richard Melcher of Wareham, MA. Roy was born on 30 June 1936 in Stoneham, Massachusetts.  Roy grew up in San Pedro, California where he attended San Pedro High School and lettered as part of the Swimming Team. At the age of 18, Roy enlisted in the United States Coast Guard. He valued this service highly and attained the rank of Chief Warrant Officer 3 as part of his 28 years of faithful service. As part of this service, Roy served on the USCGC Winona during the Vietnam War. After retiring from the Coast Guard, Roy continued to serve as a North Carolina Port Police Officer in Wilmington, NC.

A service honoring the life of Roy will be held at the National Cemetery in Bourne, Massachusetts at a later date.

Please leave memories and condolences for Roy’s family by signing the “Tribute Wall” below.