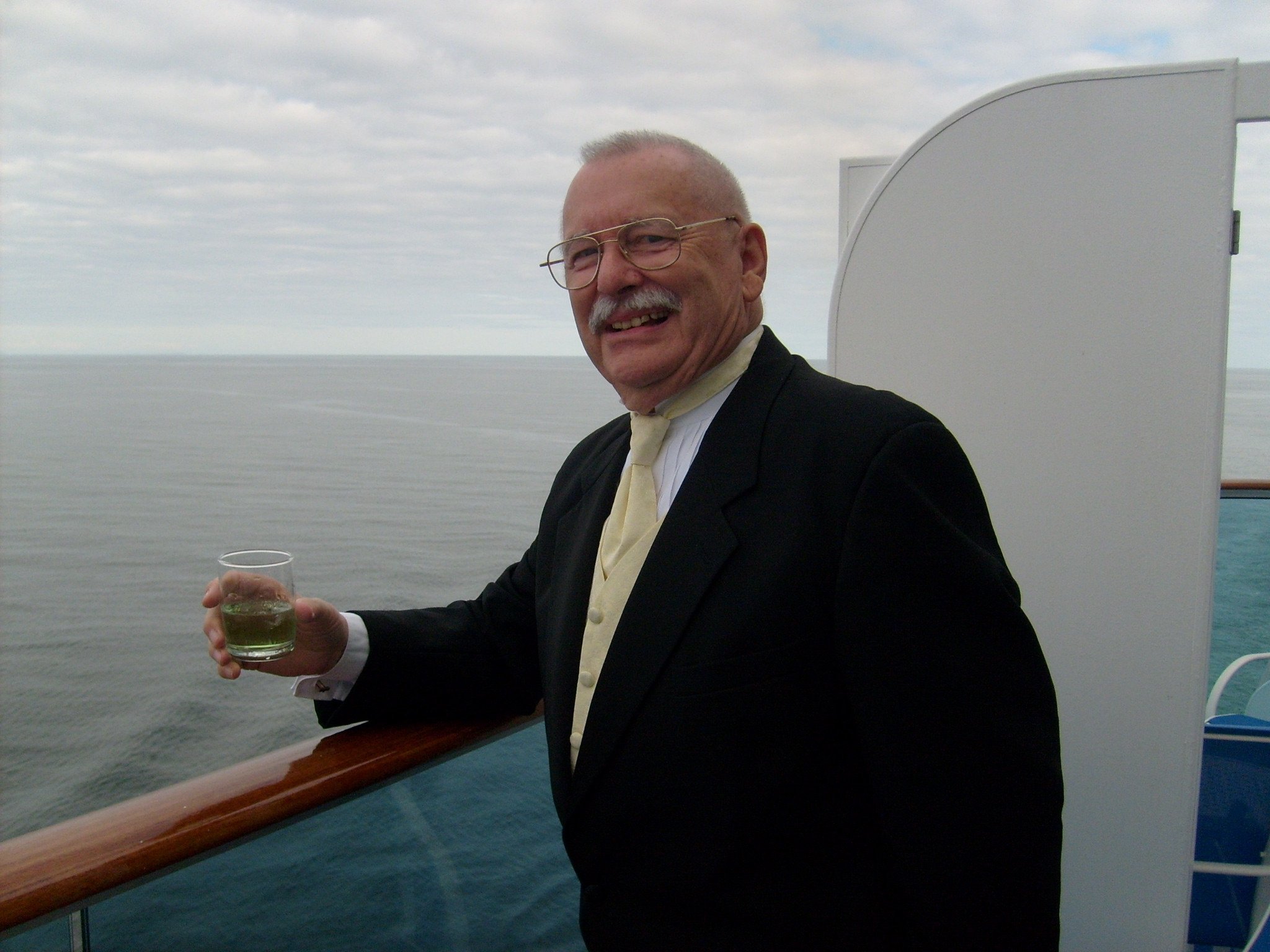 Roy Shepard Mitchell, Jr.(87) died on Wednesday, November 13 surrounded by family at the Lower Cape Fear Hospice and Lifecare Center.  Roy was born on September 4, 1932 in Wilmington, NC to Roy S. Mitchell, Sr. and Burlean Lingle Mitchell.  In addition to his parents, he was preceded in death by his oldest son, Roy Shepard Mitchell III, and his sister, Carol.

Roy graduated from Hargrave Military Academy in Chatham, VA, where his parents then resided.  He attended Hampton Sydney College, UNC, and National Business College in Roanoke, VA.  He served in the Army Signal Corps during the Korean War.  After leaving the Army, Roy began a career as a Sales Representative for Whitehall Laboratories, Bates Shoe Company and Jay-Mar Ruby Men’s Clothing. He was a Past President of the Men’s Apparel Club of the Carolinas

In 1965 Roy married Jane Willis Mitchell and they celebrated their 54th wedding anniversary in August of this year.  Forty two years were spent in Chapel Hill, NC and the remainder of their time together was shared in Leland, NC.  During that time Roy followed in his father’s footsteps and became a Master Mason, a Shriner, entertained as ”Boo Hoo” in the Amran Clowns parade unit and drove in the Sudan Convertible parade unit, was a Roadrunner for Shriners Children’s Hospital’s Greenville, SC unit, a member of the East Chapel Hill Rotary Club and the Gamma Theta Chapter of Pi Kappa Phi.   During the time in Chapel Hill he was a member at Church of the Holy Family.

Roy was a member at St. Philip’s Episcopal Church in Southport where he served as a Eucharistic Minister, a Eucharistic Visitor, and a Stephen’s Minister.

Services are scheduled at St. Philip’s for 11:00 am on Saturday, December 14.

In lieu of flowers, donations in Roy’s name may be made to Shriners Hospital for Children (Greenville Unit), 950 West Faris Rd. Greenville, SC 29605.