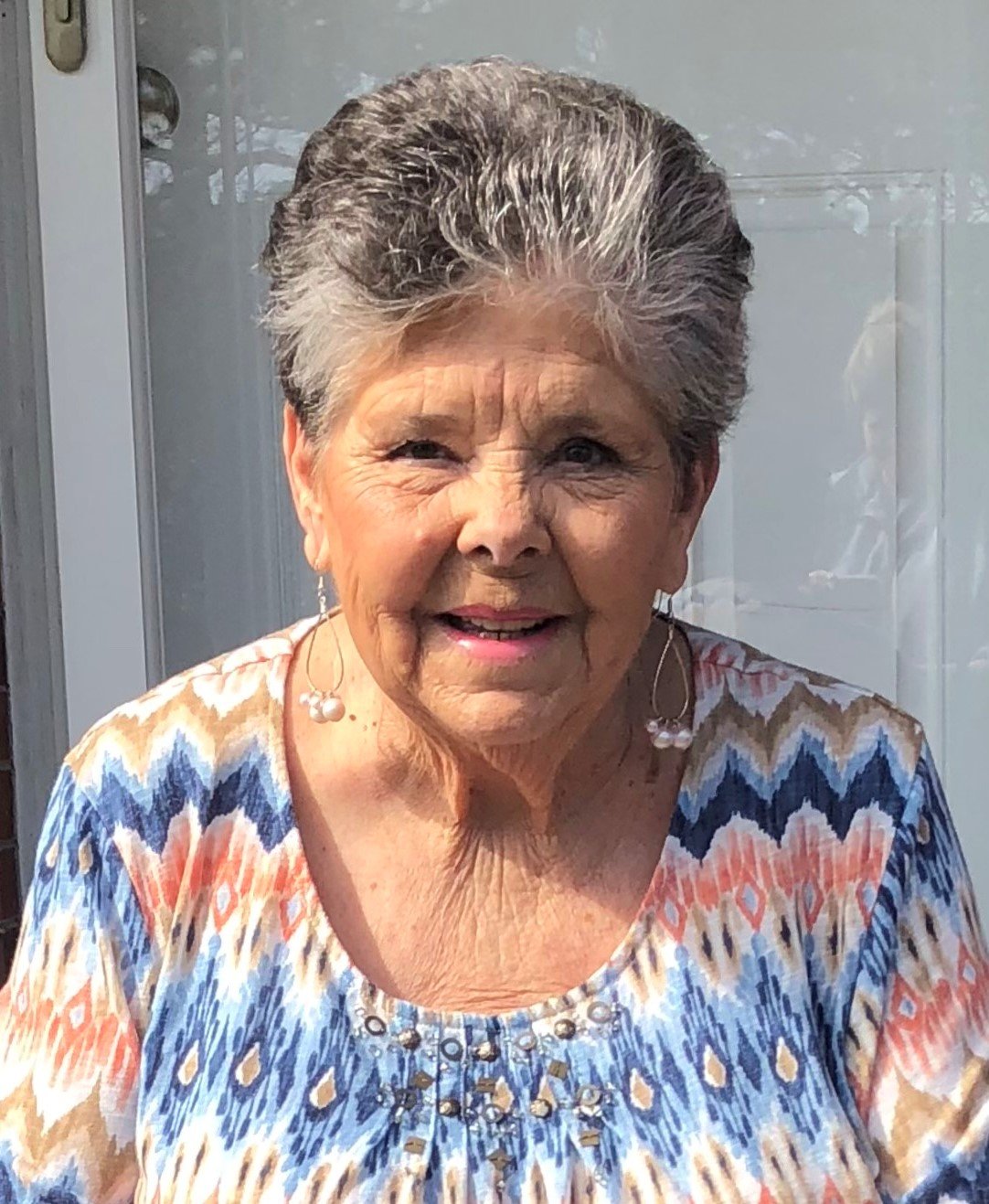 Ruby Gore Fisher, age 82 died December 29, 2021. She was born on July 8, 1939 in Wilmington to the late Albert Brady Gore and Winona Kelly Gore. She was the widow of Donald Reed Fisher who passed away November 24, 2010. They were married over 52 years before his passing.

Ruby is survived by her daughters: Donna Smith, Kelly Dyer, and her sons in law Rick Smith and Jeff Dyer. Ruby was the baby of ten children and is survived by her sisters Anne Bell, Daniels of Winston Salem, Annette Robinson of Wilmington, and her brother Dallas Gore (Judy) of Wilmington. She had five grandchildren: Ryan Smith (Brooke), Amy Smith, Eric Smith (Molly), Scott Dyer (Casey Lunsford) and Michael Dyer. Also surviving are her seven great grandchildren: Two great grandsons Ayden Bell and Zane Dyer, and five great granddaughters, Elsey, Sadey, and Bonnie Smith, and Harper and Hadley Smith. Ruby also left behind brother and sister in laws and many beloved nieces and nephews.

Ruby was a Wilmington native and a lifelong member of Southside Baptist Church. She lived in the Pine Cliff community for over 56 years. Ruby loved her family, her Church (especially her Ladies Sunday School Class) and her neighbors. She was a blessing to all who knew her. She showed her love to everyone by blessing them with food or goodies, just because she wanted to bless them in the way she knew best. She also loved working on craft projects throughout the year so she could give it away at Christmas. In fact, she already had picked out a project and ordered supplies for her Christmas 2022 gift. One of Ruby’s gifts was always wanting to be prepared for the next event or holiday. She had a passion for music and began singing in the choir as a teenager with her sister Annette and did so for many years. Many still remember how she use to sing. “Oh Holy Night!” Ruby just loved Christmas! She also enjoyed working with the flower ministry and helping out in the kitchen. Ruby looked forward to her time spent with her dear friend Jasper Byrd, whether it was for a meal, a cup of coffee, or just to watch Jeopardy and Wheel of Fortune. Nothing brought her more joy than rocking on a porch while visiting her brother and sister or spending precious time with her daughters and their families.

In Lieu of Flowers: Donations can be made to Southside Baptist Church for their Elevator Fund.