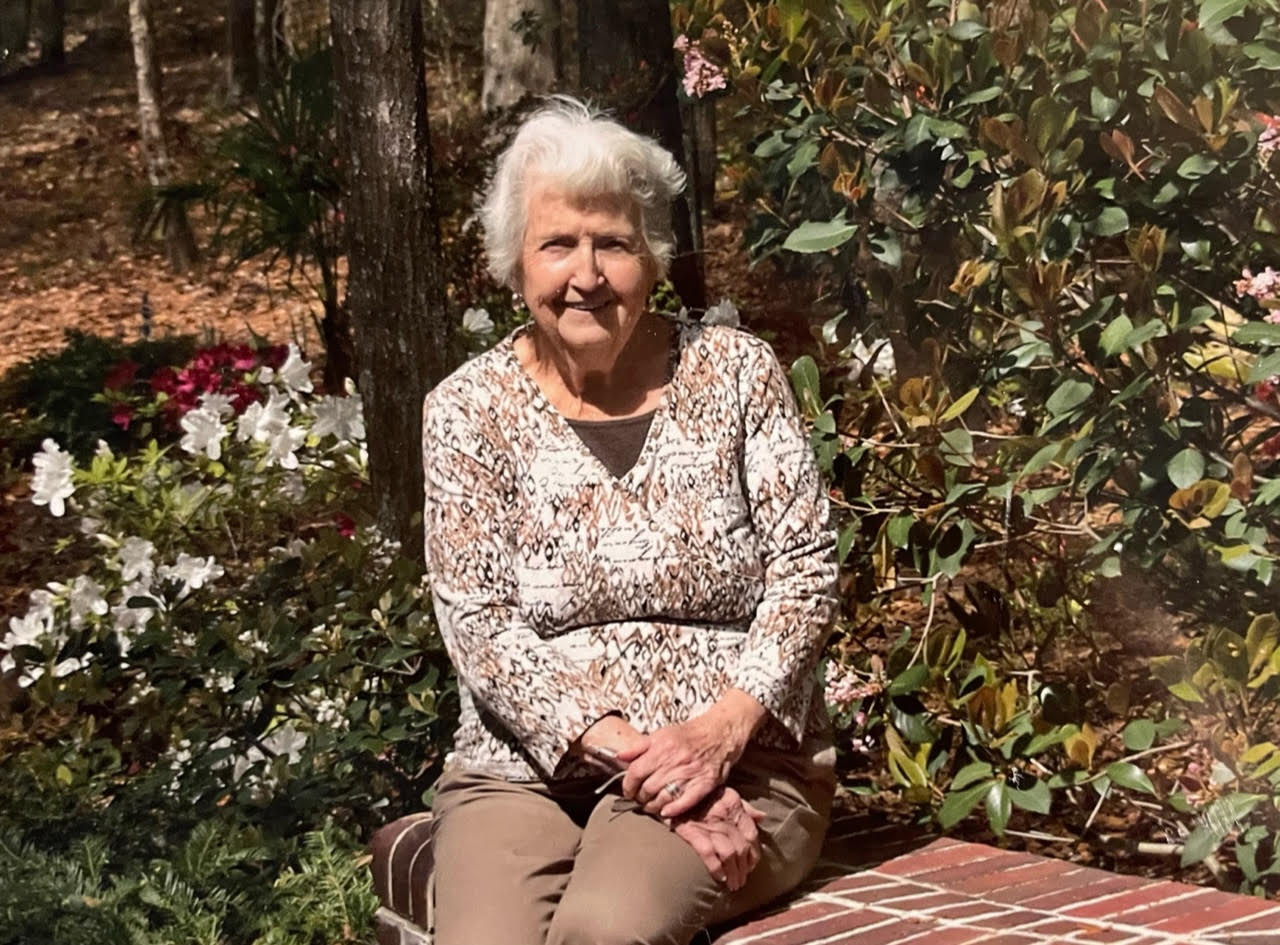 Rudie married DV in 1944 and had four children. They then moved to Wilmington, NC in 1953 where Rudie spent the rest of her life. She and DV began to study the Bible in 1957 and she was baptized as one of Jehovah’s Witnesses in 1958. She became a single mother when DV died in February of 1963 and worked multiple jobs to support her family. She began a life-long career in Real Estate in 1963 and in 2014, received an Emeritus award for 40 plus years of loyalty and service as a member of the National Association of Realtors in the Cape Fear area.

Rudie married Alex in 1973 and they worked in real estate development together. They loved to travel and visited all 50 states with her sister, Sadie, and her husband, Homer. After Alex passed in 1998, she continued her travels to many different countries, including two international and a special convention of Jehovah’s Witnesses. Affectionately known as Nanny to her grandkids and many others she was known for her southern cooking and homemade biscuits, but she was most famous for her banana pudding. She had a very strong faith in Jehovah God and loved to talk to anyone she met about the Bible. She firmly believed God’s promise of a paradise here on Earth found at Psalms 37:9-11 and her family looks forward to welcoming her back. She touched the lives of many in her 95 years and we will all cherish our memories of her until we see her again.

The family would like to thank the staff at Novant Health and Wilmington Funeral and Cremation for their compassionate care. A memorial service will be held via Zoom, but fond memories and expressions of sympathy for the family can be shared at https://wilmingtoncares.com/obituary/rudie-worley-malpass/