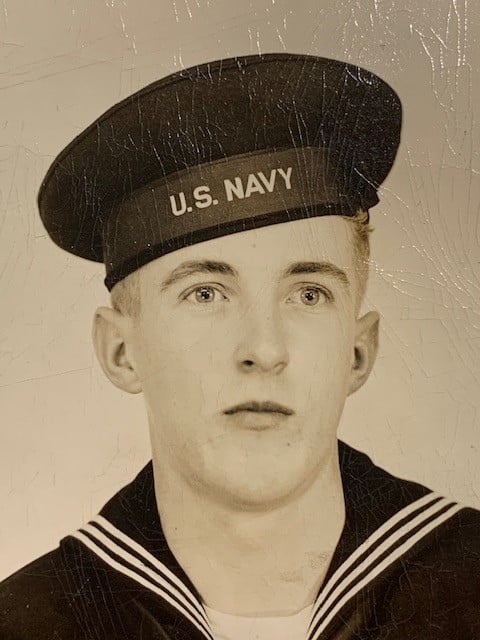 He was a 1941 graduate of Mechanic Arts High School, where he learned the Machinist trade. Russell volunteered for the U.S. Navy at the beginning of World War II and served on the destroyer USS Taylor (DD-468) as a machinist mate in the engine room in the bowels of the ship. He also served on the USS Chandler (DD-996) and the USS Turner (DDR-834). He saw duty in the Alboran Sea and in the South Pacific. He served a total of 10 years in the Navy, including time during the Korean War. He dabbled in the construction business, building homes on Cape Cod for a number of years.

He married his childhood friend and neighbor, Eleanor George, on October 25, 1958.

Russell worked for General Radio Company (GenRad) of Concord, Massachusetts, as an Experimental Machinist and in Quality Control for 28 years. His love of the sea prompted the purchase of a twin engine 23’ Penbo wood boat for fishing in and around Cape Cod with friends and family. Russell was extremely good with his hands and could make or fix anything. He built a 16’ boat and trailer, a tractor from assorted parts, and countless other things. He was an avid fan of all Boston sports. He spent time in retirement in both Panama City, FL, and Wilmington, NC. He was well known for his easy-going personality and his smile. He was always eager to lend a helping hand.

He will be cremated, per his wishes, and there will be no public service.

Donations may be made in his name to the Alzheimer’s Association.