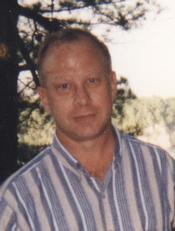 Russell Anthony Pulaski, 61, of Boiling Spring Lakes, NC, went to be with his Lord and Savior on Thursday, June 7, 2012.

He was born in Muskegon Co., MI on January 7, 1951, the son of the late Otto M. and Dorothy Paine Pulaski. He was preceded in death by three brothers, Robert and Glenn Cooper and Martin Pulaski.

He retired in 1985 from the Grand Rapids Foam Rubber Company. Mr. Pulaski moved to Boiling Spring Lakes, NC with his wife, Linda in 2006. He was a member of the Beach Road Baptist Church in Southport, NC

A memorial service will be held at 11 AM Tuesday, June 12, 2012 at the Beach Road Baptist Church, 4457 Flagship Ave., Southport, NC. Officiating will be Rev. Bill Wrenn.

Inurnment will be at a later date in the Fruitland Cemetery in Muskegon Co., MI.