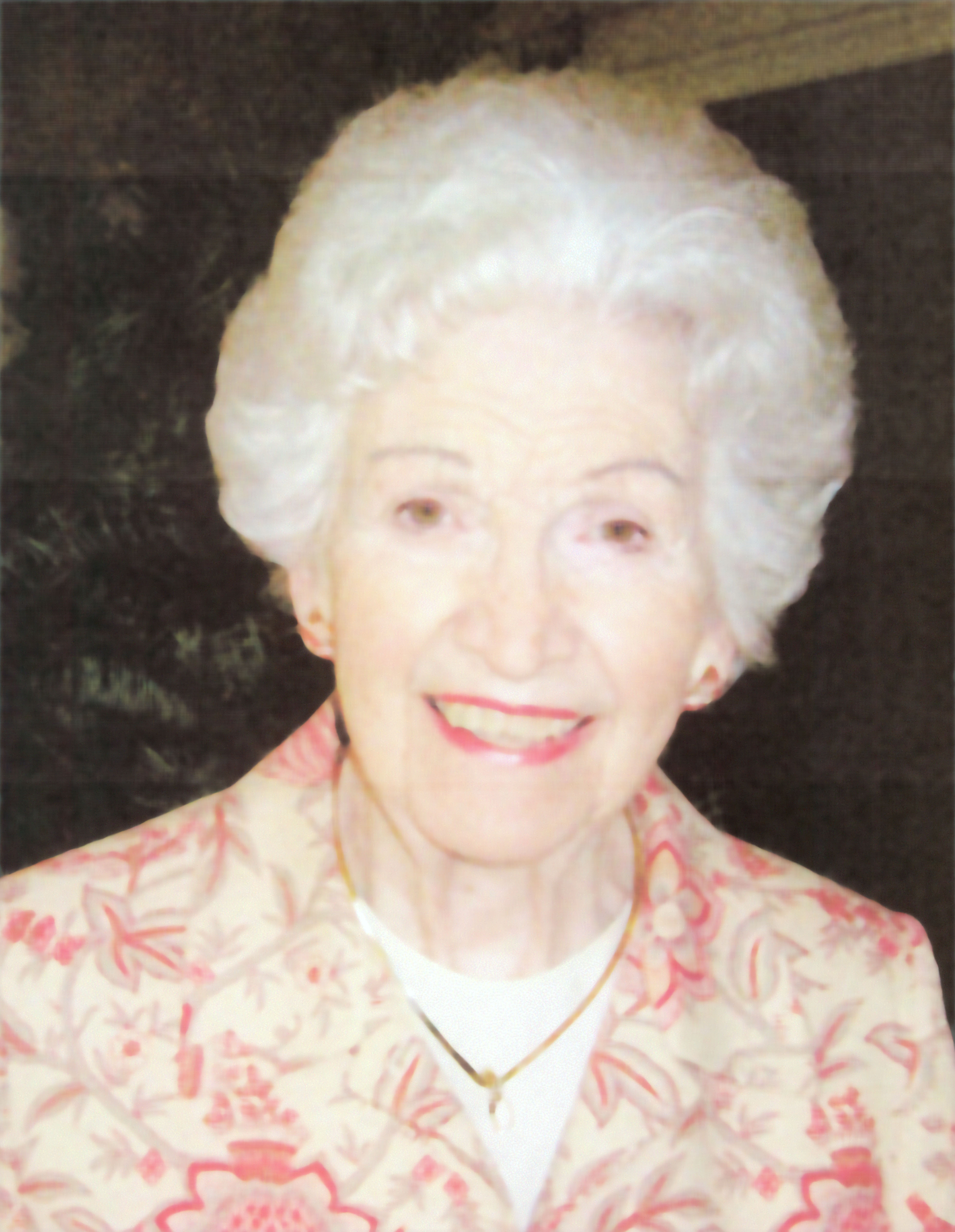 Ruth Jeanette Frazier Jenkins passed away peacefully on a rainy Tuesday afternoon November 3, 2015 at the age of 98.

Born in Davenport, Iowa on August 21, 1917 she was the eldest of four daughters born to Carl R. Frazier and Mary E. Holliday.  She was preceded in death by her parents, three sisters and her husband.

Ruth graduated from Davenport High School and married her high school sweetheart Theodore William Jenkins in December 1939. After returning from WWII her husband worked for Deere & Company taking them to Mason City, Iowa before relocating to Moline, Illinois. She was the consummate homemaker, wife, mother, friend, volunteer and hostess with family and her John Deere friends over the years including several as they were posted to Burlington, Ontario, Canada.  She was a Den mother, taught Sunday school, was a buyer for the local hospital gift shop, supported the Republican Woman’s Club, loved to garden—especially her roses– and knitted thousands of caps and booties for various hospitals where she lived.

After her husband’s retirement they relocated to LaJolla, California and embraced the boating community.  They were active members in the San Diego Yacht Club enjoying many cruises on her beloved yacht TERU with their Cruising Fleet friends and family.  With those friends she also attended the winning campaign for the America’s Cup in Perth, Australia.

After the passing of her husband in 1978 she continued as an active “Flag Widow” at the Club and enjoyed boating well into her 80’s.  Ruth was an avid sports fan and has followed her San Diego Padres and San Diego area golfer Phil Michelson right through the latest seasons.  She belonged to many philanthropic organizations, played a mean game of bridge, loved to attend the Opera and of course kept on knitting those caps and booties.

A second retirement found her in Santa Barbara to be close to family.  There she remodeled her new residence, made many new friends, continued with her bridge, enjoyed her lovely rose garden and the Santa Barbara Women’s Club; and naturally kept on knitting those caps and booties for the local NICU.

A third retirement brought Ruth to Wilmington to again be close to family where she resided at Brightmore and the Kempton until the past few months.  A special thank you to the staff at those facilities and to Dr. Mary Rudyk, Bruce Hamburg, NP and the staff at Autumn Care for their loving attention.  The caps and booties in progress will be finished by her daughter-in-law.

She is survived by her sons Timothy Jenkins and wife Julie of Wilmington and Alan Jenkins and wife Ruth Ann of Frisco, Texas.   There are four grandchildren:  Stephen Jenkins of Johnston, Iowa, Sarah Parkes of LaGrange, Illinois, Brian Jenkins of West Bolton, Vermont and Jennifer Alberts in Jericho, Vermont.  In addition there are eight great-grandchildren and nieces Judi Bush, Cindy Lewis and Robin Gracien.  Interment will be in San Diego at a later date.