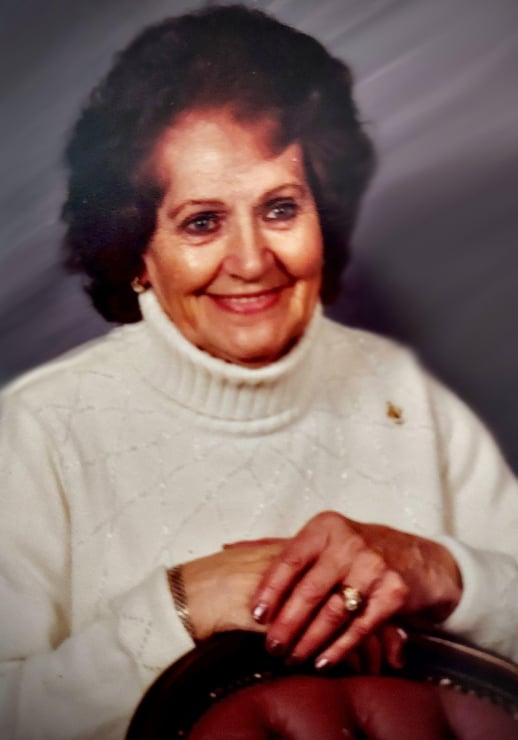 Sabra was born and raised in Buxton, Maine by her loving parents Guy and Grace Carll. Growing up with her older sister, Helen and younger sister Alberta in the 1930’s provided many challenges but also many fond memories, such as who of the three would have the hot bath each day after collecting the water and swimming in the Saco River. One of Sabra’s favorite stories is how much she enjoyed playing basketball for Buxton High School. After graduation she met her devoted husband, Alfred Louis Saindon, Jr., they moved and raised a family in Newark, Delaware next to the Curtis Paper Mill where Al was Vice President. They were blessed with two children, Alfred Louis Saindon, III and Jayne Sabra Saindon. Holidays and family vacations were treasured memories as were yearly trips to Maine and homemade chicken pies, which are now a family tradition. Sabra was a hands on, loving grandmother to her five grandchildren. She could always be found on the sidelines of soccer games and first in the school pick up lane. Sabra ensured that Christmas morning was always magical and Easter was always memorable. Each Sunday she and her family attended church at St. John’s / Holy Angels Parish and then would go out for breakfast, a fond memory for all of talking and spending time with each other. Later in life Sabra moved to Leland, North Carolina to live with her daughter Jayne and son-in-law John Emery, eager to be rid of the cold and shoveling that came with North Eastern winters, she enjoyed working in her flower garden and feeding her birds. She passed unexpectedly yet peacefully on October 31st, 2021 at 91 years young in NC and will be interred this summer in Maine.

She is survived by her sister, Alberta Richards of Buxton, ME, her daughter Jayne and her husband John Emery of Leland, NC, her grandchildren Nikole and her husband Matthew Wilson of DeLand, FL, Jaychele and her husband Robert Charles of Cincinnati, OH, Alfred Louis Saindon, IV and his wife Jennifer of Hockessin, DE, Christopher Saindon and his wife Kari of Newark, DE and Cheramy and her husband Justin Brown of Brick, NJ. Sabra is survived by her 13 great-grandchildren; Zackary, Jefferey, Elliott, Cody, Sabra, Madyson, Teagan, Aiden, Emery, Tucker, Merritt, Anthony, Dominic and 2 great-great granddaughters Leighton and Paxton. Everyone was so fortunate to be able to have so many wonderful years to spend with her and the entire family will miss her greatly.