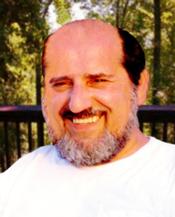 He was born in Italy on February 7, 1946. His parents were the late Matteo and Vincenza LoIacono.

Sal was a proud Vietnam Veteran serving in the US Army in 1966 to 1967. He was a master carpenter and craftsman and worked in New York. He retired from Rocky Point, Long Island, New York and moved to Leland in 2005.

In lieu of flowers memorial donations may be made to the Vietnam Veterans of America, 8719 Colesville Rd., Suite # 100, Silver Spring, MD 20910.