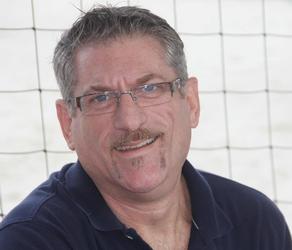 Samuel Allen Ballard was truly a man taken before his time. He passed away peacefully in his sleep on Friday, March 20th, from complications related to recent surgery.

He was a gentle soul who devoted his life to serving others. Despite his young age, he stuffed more vivacity and altruism into his 48 years on earth than most can claim stake to after 80.

Born on December 9, 1966, Sam grew up in the town of Gainesville, Florida. Out of high school, Sam’s devotion to others showed in his decision to become a paramedic. He worked with many different emergency departments, including a helicopter program through Humana Hospital Lucerne in Orlando.

As a Registered Nurse, Sam worked with Cardiac Catheter and Electrophysiology laboratories and eventually moved to work with private sector companies in the development of pacers and defibrillators.

Unfortunately, Sam suffered a back injury around this time. However, being the opportunist that he was, Sam took this time during rehabilitation to chase his passion and attend Le Cordon Bleu Culinary Academy to become a chef. His passion for cooking is known by all who were close to him, as cookbooks and recipes line the shelves of his book cases, and ingredients are often found all over the kitchen.

Upon rehabilitation, Sam began working again as a nurse in the hospital, first in Virginia, and more recently in Wilmington, North Carolina. His infectious positive demeanor was quick to catch anyone he encountered in life.

Sam was a wonderful man who has left a remarkable legacy of kindness and grace on the world, of which two tangible examples can be found in his shaggy survivors, Dustin and Rusty.

Sam is preceded in death by his sister Kathleen and father Larry.