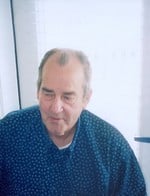 Sam was born May 20, 1938 in Tennessee. He served 4 years in the US Navy. He considered Connecticut his home having lived there most of his married life raising his family. While living in Connecticut he worked for the railroad in Stamford and New Haven, CT. He later relocated to Wilmington in 1998.

Sam also found a new hobby, woodcarving. He was a member of the The Cape Fear Wood Carvers – being the “baby” of the Garage Gang, he developed a special friendship with his mentor Walt and fellow carvers Joe, Rich and John.

A special thank you to Tom, a registered nurse at Coastal Rehab for his sermon and to Hospice nurse Martha and Alesha a CNA.

A memorial service is planned at Masonboro Baptist Church on Beasley Road on Thursday, September 25, 2008 at 11:00 AM.