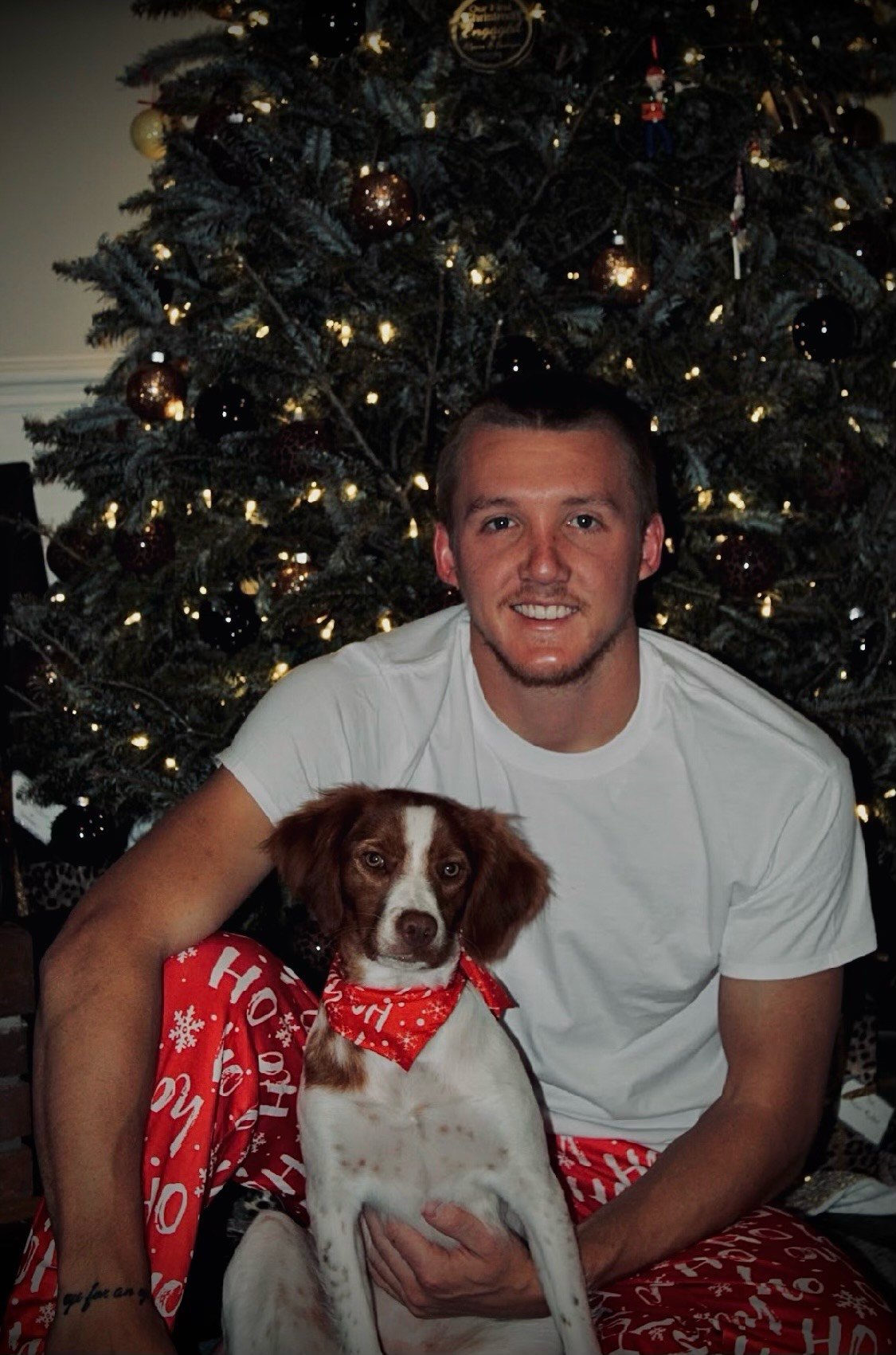 Sawyer Wolf, 25, died on New Years Eve due to a car crash that took his life far too soon. He was born on October 25th, 1996 at New Hanover Regional Medical Center to Sheila and Darrell Wolf.

He was preceded in death by an angel baby that this world never got the chance to meet, his maternal grandfathers, Dewayne Williamson and JW Mee, his paternal aunt, Beth Ann Tew, and his maternal uncle, Warren Williamson Mee.

Sawyer shared his mom’s passion for dreaming and adventure and his father’s passion for the river and the outdoors. Sawyer lived his life to the fullest, and he had so many big plans for his & Alyssa’s future together. Sawyer and his best friend, Nick Legwin, recently started their own business, Black Water Welding, and his motivation to be successful was unmatched. He was referred to as “the brains of the operation,” because his passion sparked new ideas constantly, and he made sure they came to fruition.

Sawyer was a wonderful son, fiance, friend, uncle, dog dad, and a brother to some of his closest friends. When asked for words to describe Sawyer, some of his loved ones described him as “driven, exuberant, loyal, courageous, dedicated, selfless, ambitious, genuine, a go-getter, fearless, blunt, & willing to give you the shirt off his back if you were in need.” Sawyer could light up a room like no other, and his family and friends are grieving the loss of their sunshine.

Below are a few stories from some of his friends, so that the world can remember Sawyer and how he touched the lives of those that loved him:

Alyssa Marks shared, “A lot of people knew this, but me and Sawyer did not like each other AT ALL at first. Sawyer thought he was a billy badass and I have no filter. But I finally decided to just deal with him, and over time he became my very best friend. I never looked at Sawyer as anything more than a friend, or at least I thought I didn’t. I watched Sawyer change so much over the years; I watched him go from being a big time party boy to wanting to settle down and have a family. Sawyer acted like he didn’t want kids anytime soon, but he was lying. Sawyer used to joke about being the drunk uncle, but he was changing into a family man. He talked to me about becoming a dad all of the time. Sawyer Wolf became such a better man for me. He meant the most to me. He was supposed to be my husband, the father of my kids. Our life was supposed to be different than this. Sawyer was becoming so gentle, which took him a long time to learn. I will forever be grateful to have been able to love him like I did and be able to receive that same love back. I will hold that feeling forever. My heart beat for Sawyer Wolf, and it always will.

I’m going to make your dreams come true baby. Our dreams. I love you Sawyer. Until I see you again.

Nick Legwin shared, “Sawyer wasn’t just my business partner, he was my best friend and my brother. We talked every single day, whether it was about work or what was going on in our lives. He was one of the smartest guys I know and a hell of a welder and fabricator. He always had my back and I always had his no matter what. I’m just going to miss him so much.”

Drew Adams shared, “We weren’t very fond of each other in high-school at first, but when I graduated and moved to Burgaw he came over to my house one night with some of our mutual friends and we talked for a while. From then on over the next 5 years he was more than just a friend but more like a brother to me. I trusted him with my life, I loved him like I’d known him forever. Sawyer was the most loyal friend anyone could ever have. It didn’t matter when or where, I knew that I could call him for anything at any given time, no matter the circumstances. The way he carried himself was something that I’ve always admired; he was the tough guy of our group and he had our backs no matter what, but he also had a huge heart. I am one of the luckiest people in the world to be able to call him one of my best friends, and he will always be my brother for life.”

Tori Morgan shared, “Sawyer was a good friend of mine, even before he began dating Alyssa. He was everyone’s hype man, and he could make me laugh no matter how bad I was feeling. He was always wild, I don’t think that ever stopped, but I watched him go from never wanting to settle down to falling head over heels in love with her. They were best friends for so long, but that friendship blossomed into a love that not very many people get to experience in their lives. The love they had for each other left me in awe, and I wanted nothing more than to watch them get married and give me a bunch of nieces and nephews. I look forward to the day that I get to see him again, and I hope that he is walking towards us with their sweet baby in his arms.”

And Jacob Slezak shared, “My first time meeting Sawyer was on a dove hunt. We only knew each other for a few minutes, but he made me feel like we had known each other our whole lives. He always had that effect on people whenever he first met them, and I always admired him for that. He was the most loyal person I knew. I will always remember the times when he was working on something or busy and me or one of his buddies would show up; he would drop what he was doing or hop in the truck cause he wanted to hang out or go get lunch with you. That was the type of friend Sawyer was. He always put a friend before himself. If you needed help or couldn’t figure something out, Sawyer always had an answer. We are all so proud of his accomplishments and I will always be proud to call him my brother. I thank God for adding him to all of our families. I can’t wait to see him again and ride around on the backroads in Heaven.”

Sawyer will be missed tremendously, but he will continue to live on in the hearts of those who cherished him. There will be a Celebration of Life held at his home at 3969 Penderlea Highway on Saturday, January 8th at 1 pm.

We ask that you keep his family, fiance, and friends in your thoughts and prayers at this time.