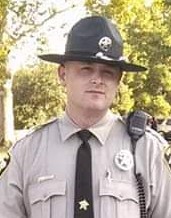 Scott was born in Wilmington on February 13, 1984. Scott was a proud veteran of the US Army, he served for five years, spending 15 months overseas. He was a deputy for both Brunswick and Pender County Sheriff’s Departments.

He is survived by his loving wife, Kristie Blake; two beautiful daughters Hailey and Lily Blake; mother, Michelle Garrison; brothers Philip Blake and Cody Williams; the men that helped mold him into the great man he became, Richard Lenfestey and Bobby Williams; and father and mother -in- law David and Kay Sturgill, who loved him as much as their own.