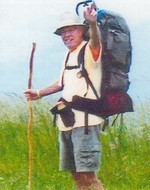 Shelton Smith Stanley, beloved husband, father, G-Daddy and friend, entered into eternal glory on Thursday, May 21, 2009. He died peacefully at home, surrounded by his family.

He was born in Columbus County, NC, on November 27, 1926, but resided in Wilmington with his wife, Margaret, for the majority of his life.

He was the son of the late Matha and Herman DeWitt Stanley. He was also preceded in death by a son, Brent, & several brothers & sisters.

One of his early passions in life was baseball. When he was 16, he played in the American Legion Little World Series in Miles City, Montana. After graduation from high school, he played in the New York Yankees farm system. He left the Yankees to play college football at UNC-Chapel Hill. On his 18th birthday, he joined the Navy & served his country in World War II. He followed up his military service with a stint in the Chicago Cubs organization. His baseball career ended when he met the love of his life, Margaret Warwick in 1947. They married on March 3,1949, & subsequently raised 5 children. They recently celebrated 60 years of wedded bliss.

Shelton went to work for Carolina Power & Light Company in 1951 and retired after 39 years of service. Upon his retirement he found a new passion: hiking sections of the Appalachian Trail in NC, TN, & VA, logging over 376 miles. Between hiking trips, he served with the Baptist Men of NC, joining them on mission trips as far away as Alaska, the Gulf Coast, & Sri Lanka. He was a faithful member of Temple Baptist Church, serving as choir member, deacon, Sunday School teacher and as “backdoor greeter.”

Shelton was rarely seen without a big smile on his face; that & his thankful attitude were his trademarks. He considered himself “blessed” in every realm and lived his faith daily. He & Margaret loved “cruising” & they travelled all over the world. He loved all kinds of music, and enjoyed many Jimmy Buffett concerts with his whole family. He had a particular fondness for dancing & was always the first one on the dance floor. He & Margaret also spent many years square dancing. He welcomed all into his home and would say,” You can never have too many friends.” He touched many people’s hearts by being a father to them when they had none. He enjoyed an abundant life and lived it well.

The family wishes to express our deep appreciation & gratitude to Lower Cape Fear Hospice Foundation for their loving care & provision during his illness.

Online condolences may be sent to the family @www.wilmingtonburialandcremation.com.

A Celebration Service will be held in the sanctuary of Temple Baptist Church on Sunday afternoon, May 24, at 3:00 p.m., followed by a gathering of friends & family at Halyburton Park Event Center, 17th Street Extension.

Shelton loved all the colors in nature. Please feel free to dress colorfully and comfortably.

“THOSE WHO KNOW CHRIST, KNOW LIFE AT ITS FULLEST AND BEST.”