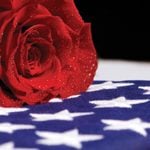 Ernie  Shirley, 91, of Leland, passed away on Tuesday, December 26, 2017, in the Lower Cape Fear Hospice and LifeCare Center in Wilmington. He was the beloved husband of 69 ½ years of Dorothy Lela Short Shirley.

Born in Washington County, Maryland, September 26, 1926, a son of the late Ernest Cecil and Mildred Gossard Shirley, he had been a veteran of World War II having served in the SeaBees of the U.S. Navy in the South Pacific Theater. He was a member of the American Legion and attended  the North Brunswick Fellowship Church.

A celebration of life service will be held at a later time.