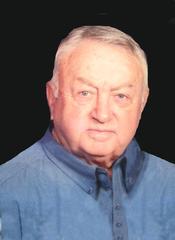 Sigmond Bear Smith, Jr. 75 of Wilmington passed away peacefully surrounded by his loved ones Sunday, December 4, 2011.

He was born in Wilmington on April 15, 1936. His parents were the late Sigmond Bear Smith and Evelyn Lydia Evans Smith.

S. B. grew up in Bolton, NC and attended Louisburg College. He proudly served in the US Marine Corps for 4 four years from 1955 to 1959, and was an active member of the Wilmington Marine Corps League. Sig was retired from Warner Lambert as a sales representative for 21 years and was a member of the SalesMaster Club for 4 consecutive years. He was a member of Wrightsboro Baptist Church and a proud member of Cape Fear Optimist Club where he had served as President and as Secretary.

The family will see friends from 1:30 to 3:00 pm Wednesday, December 7, 2011 at Wrightsboro Baptist Church followed by funeral services beginning at 3 PM officiated by Rev. Keith Hollar and Rev. Mike Lewis.

The family would like to extend a special thank you to Shawn Johnson, who was S.B.’s hospice nurse, for all of her love, care, and concern for the past 20 months, and the staff and nurses at Lower Cape Fear Hospice.