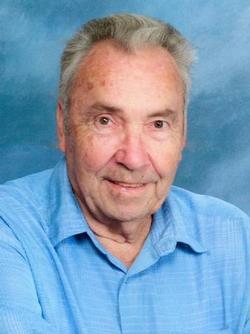 On Sunday, June 1, 2014, we lost a national hero. Stephen (Jack) Bradley Clemmons who worked on almost every Cape Canaveral launch pad crew, has passed away. Steve was one of the small crew at PAD 34 who, on January 27, 1967, attempted to rescue the doomed Apollo crew (Astronauts Gus Grissom, Ed White, and Roger Chaffee) after a flash fire took their lives. For his actions, Steve received the highest medal that a civilian can receive – the Medal for Exceptional Bravery.

Steve was born on August 11, 1931 in Supply, NC at home to the late Irving and Ila P. Clemmons. He is survived by his wife of 28 years Mary (Sissy) B. Dowless and his four-legged babies – Tiny, Ebby, Precious, and Rammy of the home.

He had four children – Valli Hair, husband Scott and daughter Kimberly Taylor of Wilmington NC – Alan Clemmons, wife Cheryl and son Kevin – Cathy Rhoten and daughters’ Katie Clemmons and Cassandra Rhoten of Richmond VA. He was preceded in death by his daughter Stephanie Clemmons (Huffman) who had a daughter, Jennifer Mira of Wesley Chapel, FL and a son, Robert Huffman of Wilmington, NC. He has six great grandchildren. Surviving siblings are Robert Clemmons of Wilmington, NC, Thomas Clemmons and wife Rosemary of Lakeland, Fl., and five nieces and one nephew.

Steve is also survived by his sister-in-law and brother-in-law Sandy and Jack Maynard and his very special nephew Lee Dowless Sarp and wife Megan.

When computerized conveyors system started, he supervised the installation of these systems until 2000.

He was a published author of novels and many short stories about life in Brunswick County during his childhood. He had almost completed his book about the Apollo I fire which should be completed in the next year.

For many years, Steve was active in Cape Fear Community College’s Alpha Chi Sigma Chapter of the Phi Theta Kappa International Honor Society which his wife Mary chartered in 1992 and served as the Advisor until 1999. He was made an Honorary Member in 1996.

The family wishes to express their gratitude to his granddaughter Kimberly for her help in his final days and his special nephew Lee for his help, support and love, a special thanks to Sandy and Jack Maynard, and family members’ JaNell and Gary Dowless and Karen and Mike Dowless for all of their support and care during Steve’s year long struggle with lung cancer.

Our gratitude goes to all members who made our journey so much easier, and a special thanks to RNs Leeann and Tina, CNA Patty, Social Worker Gullian, and the Hospice volunteer Chuck who entertained Steve for many hours. A special thank you also goes to RN Cindy from Assisted Care.

Memorials made to the Lower Cape Fear Hospice Foundation, 1414 Physicians Drive, Wilmington, NC 28401 in memory of Stephen would be greatly appreciated.

Steve was a wonderful husband and father, a USAF veteran, a very efficient system engineer in the space program, a great American and brave, yet humble man.

Steve, you were loved so much and will be greatly missed. I know that you are already entertaining God with all of your stories. Rest in peace and I will be with you someday soon.
Please share memories and condolences with the family by clicking on the “Sign Guest Book” tab above