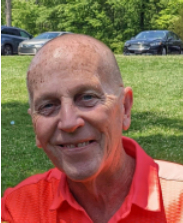 Stephen John Morgan, 68, passed away unexpectedly on November 11, 2022. He was born to Stephen and Marie (Bruno) Morgan on August 17, 1954, in Philadelphia, PA. His father predeceased him.

He is fondly remembered by his fiancé, Kimberly Brown, and his mother, Marie (Bruno) Morgan. He also leaves behind his two daughters, Abby Morgan, and Ashley Johnson (Brian) along with two granddaughters (Morgan and Ellis). Steve had two brothers Paul Morgan (Mary) and John Morgan (Sandy), along with numerous nephews and cousins.

Steve grew up in Warminster, PA where he graduated from William Tennent High School and attended the University of Pennsylvania. After graduating when he wasn’t working he spent numerous years skiing and golfing when weather permitted. Steve moved to Wilmington North Carolina in the early 2000s where he met Kim. Steve was a beloved employee of Port City Taxi and Camp LeJeune. Everyone shared a moment with Steve who loved to help his customers and community.

Steve had a love of people and great conversation. He will be fondly remembered as a man who enjoyed visits with his family reminiscing about memories, discussing politics, and watching his grandchildren grow.

A memorial service will be held from 11 to 3 pm on December 3 at St. Andrew’s Lutheran Church in Audubon, PA. The visitation will begin at 11 with a luncheon to follow.

In lieu of flowers, please consider a donation in Stephen’s honor to any charity of your choice.

Please leave memories and condolences for Steve’s family by signing the Tribute Wall below.