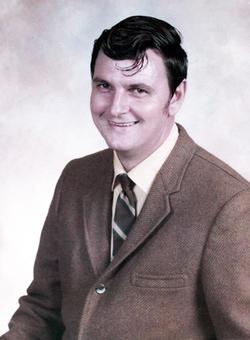 Stephen Talmadge Brock, age 80, known to many as “Tally” and to his many children, as “PawPaw” passed away Wednesday, January 28, 2015.

He was born June 13, 1934 in Wilmington, NC to the late William Amos Brock and Mary Sneeden Brock.

Tally grew up in Wilmington and was a graduate of New Hanover High School, he was a proud veteran of the US Navy and had retired from the NC DOT after 35 years of service. He was a member of College Acres Baptist Church and a member of Orient Lodge #395 A.F. & A.M. He was a Pioneer Partner for BellSouth and helped with the Beep Ball softball team, bowling, miniature golf for the blind and supported a social club for special needs teenagers.

PawPaw was a foster parent for over 50 years and treated all of them like his own children and grandchildren.

He collected CocaCola memorabilia that he cherished, antique bottles, and coins.

Tally is survived by his wife of 57 years, Sylvia Griffith Brock; daughters, Missy Reynolds and Amanda Hood; sons, Matt Burkie and Charlie Brock; two grandsons, Kris Brock and Tyler Chance; two granddaughters, Dorothy and Sydney Reynolds; and his special black toy poodle “Emma Lou” who was his shadow and loved him very much. He is also survived by his many (over 50) foster children. He was preceded in death by his son, Steve Brock and brother, William “JuneBug” Brock.

A Celebration of Life ceremony held 4 pm Saturday, January 31, 2015 at Wilmington Funeral Chapel officiated by Rev. Billy Batten. The family will visit with friends and neighbors an hour prior to the service.

In lieu of flowers, join Tally and his family by donating to the woundedwarriorproject.org in his name.