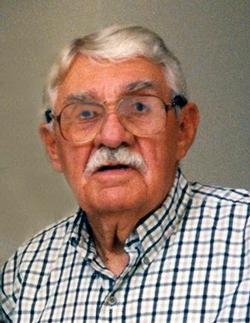 He was born in Durham, NC, January 21, 1927 the son of the late Jack Herbert Hutchins and Daisy Irene Woodell.

He retired and moved to Wilmington in 1997 and prior to that he had lived in Manassas, Virginia for numerous years.

He proudly served his country in the U.S. Army and served two years during World War II which was followed by an honorable discharge in 1947.

Throughout his younger years he was an avid fisherman and hunter.

A memorial service will be held at 12:00 PM on Wednesday, May 6, 2015 at the Wilmington Funeral Chapel. Inurnment will follow in Oleander Memorial Gardens in Wilmington, NC.