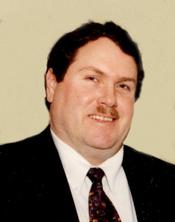 Steven R. Bagley, born March 9,1958 left this earth on April 27, 2013 with his best friend by his side. Steve was a Gentleman having many friends within the community. He proudly served in the U.S. Marine Corps as a 2nd Force Recon Marine. After military service, Steve entered College and obtained a BS degree in Criminal Justice and a Master of Arts in Political Science from Appalachian State University. He later obtained a Doctorate in Humanities.

Steve Bagley moved to Wilmington in the early 90’s and took on the role of Executive Director for the community Food Bank. His efforts were so successful that upon resigning from the position, he received a Proclamation by the Mayor and City Council on August 1, 2001 for “Steven R. Bagley Day” for years of dedication helping the Less Fortunate. He later worked to enhance professional capabilities with Frank Roberts Construction Co., Inc. prior to running Paragon Group International. Mr. Bagley continued his passion of helping others by volunteering to prepare breakfasts for his fellow military Veterans at the Veterans of Foreign Wars Post 2573. He was also active in the Fleet Reserve Association, Del Herrmann Branch 299. Recently, Mr. Bagley was putting his professional skills to work for the Mercy Homeless Shelter, Inc. with grant writing, organization and business practices.

Steve Bagley will always be remembered for his “presence,” humor and kindness. Memories of Steve are associated with laughter from his antics, mannerisms and jokes. He will be missed.

A Memorial Service for Steve Bagley will be held by his Shipmates of the Fleet Reserve Association, joined by other Veterans Organizations and friends on Friday at 3pm, at the Veterans of Foreign Wars, 2722 Carolina Beach Rd.

In lieu of flowers, donations will be accepted for the Fleet Reserve Association Benevolent Fund or the Mercy Homeless Shelter at 1639 Flounder Ln, Wilmington, NC 28409