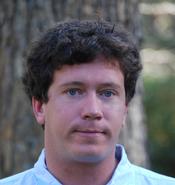 Taylor DeWitte Sikes died of a sudden illness on Tuesday, May 28, 2013 at his home in Bennetts Point, South Carolina. He was born in Wilmington, North Carolina on May12, 1980 to Horace Michael and Bobbi Y. Sikes.

He grew up in Wilmington, graduated from Laney High School and Cape Fear Community College. Like his father he acquired his love, respect, and vast knowledge of the ocean at an early age. He spent his early years fishing tournaments and as his father was a consistent winner, becoming SKA Junior Angler, Division 1, in 1994. This affinity led Taylor to IYT and MPT in Fort Lauderdale, FL where he obtained licensure to navigate large vessels in international waters. He spent many happy years cruising yachts in the Caribbean and eventually returned the Spray to Edisto, South Carolina. Where he spent the remainder of his life working with the James Doran Company and at the time of his death was Vice President of St. Jude’s Farms, a sustainable shellfish and seafood company, in Bennetts Point, SC.
Taylor was well known and respected for his knowledge and conservation efforts of the Coastal South Carolina waters and served on the Board of the South Carolina Shellfish Grower’s Association.

Taylor’s happiest times were on the water with Erica racing his Allison speedboat down the Edisto River, scoping out potential places to hunt alligators and ducks. He had found his true home out in the country surrounded by the Ace Basin.

A celebration to honor Taylor’s life will occur on Sunday, June 2, 2013 in Mount Pleasant, SC at the home of Bob and Tracy Doran, Taylor’s “South Carolina” family.

In lieu of flowers, donations in his memory may be made to South Carolina Ducks Unlimited, www.ducks.org or South Carolina Shellfish Grower’s Association.