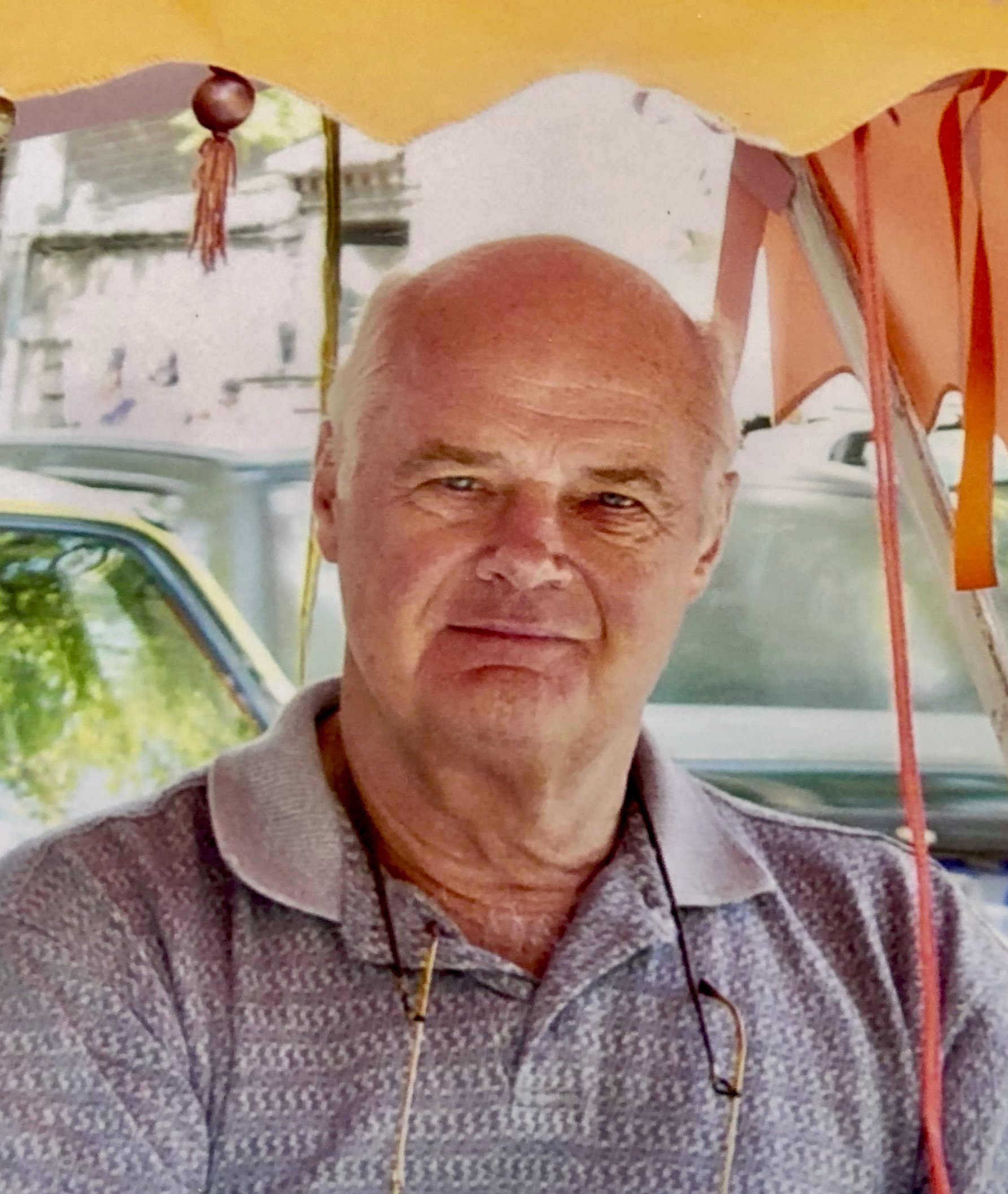 Terry was born 1940 in Cedar Rapids, Iowa, to Paul and Margaret McGiverin. He fought Parkinson’s Disease and Lewy Body dementia for close to five years, but it finally took its toll on May 5, 2021. He is survived by Jeri, his wife of 57 years; his daughter, Kelly, her husband Brian, and their children Chloe and Katelyn; his son, Brian, and his daughter, Hannah.

Terry graduated Iowa State University where he studied construction engineering. He was a member of Phi Delta Theta fraternity, whose friendships and reunions have been a special joy for him for decades. He lived in Los Angeles for six years, Japan for three months, Italy for 3 years, and the DC area for 30+ years, all while working for the Army Corps of Engineers. After 25 years he retired, worked another eight years for a private engineering firm, then fully retired in Wilmington, North Carolina.

During the span of his career, Terry was most proud of three projects in particular: a ski lift, built in the Saudi Arabian desert (for materials); an 800 bed hospital in Cairo, Egypt; and an award-winning overhead coverage system which protected large military structures such as mess halls from incoming ordnance. He very much liked the idea that the latter two were built to save lives. In addition, he was also a mentor to several co-workers, always interested in helping others get on track for success.

Applying his skills at home, he was a perpetual handyman, fixing or building, and making good use of his remarkable array of tools, which he also applied to cars, maintaining the family fleet and restoring a 69 Porsche for himself. (It was a significant benefit that living in Italy made attending the Monte Carlo Grand Prix very doable.) After returning to the States, he was known to pick up Porsche parts as he traveled home via Germany, tossing them into a bag along with a large wedge of Parmesan cheese from Italy. Otherwise known as the essentials.

His passions for travel, dining and skiing were intertwined. Always an Eagle Scout, Terry liked to camp, so we first ventured on a three-month camping tour around Europe, sleeping in the back of our Volkswagen station wagon, adhering to the Europe on $5 a Day guide. Next, while in Italy, a Volkswagen bus took us around Europe, but now with a 1 – 2 year-old in tow. Before moving back to the States, Terry planned a grand finale that took us camping through the Soviet Union (still behind the Iron Curtain) for two weeks. He may have been a bit of a risk-taker too.

Travel was an extension of Terry’s life-long interest in history and historical figures. Just as important, it also provided countless opportunities to sample all kinds of food, from street fare to gourmet dishes, not to mention a wide selection of beers. In Italy he bought a demi-john of wine from a local farmer twice a year which he decanted at home. Upon departure from the Italian Corps office, each person received a poster-sized caricature depicting his most prevalent quality; Terry’s shows him sitting, knife and fork at the ready, behind a table laden with hams, cheeses, wine, bread…and sausages dripping over the side. They knew him well.

After moving back to Leesburg, VA, his work involved frequent trips to Egypt. He loved that part of his job – new countries, different cultures, exotic food, and good friends. Over the course of his life, he visited 80 countries and six continents, appreciating the unique experiences each offered.

After retirement, travel became entertainment. A three-day, 30-mile hike through the Andes on the Inca Trail to Machu Picchu; two months around the world; a 200-mile bike trip along the Danube; and longer visits to Colorado to ski with our good friends. Terry skied the New Zealand and European Alps and across the US. Although he was a good skier, descending the face of the Mount Blanc glacier without a guide was probably not his best idea, especially when we ran out of snow on the lower half of the mountain—but that is only one story out of many.

Terry was a man of many interests. He loved visiting his family and was proud of them all. He was seldom bored, always curious, and often adventurous. His was a life well-lived. He will be greatly missed by all who knew him, but the memories will be wonderful.