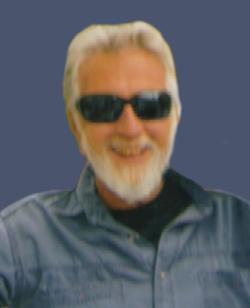 Terry Alan Lincoln, 68, of Wilmington, formerly of Bristol Ct., passed away on April 16th, 2014 at his home in Wilmington, NC, from complications resulting from an ongoing illness. Born in Southington, CT, on July 9, 1945, Terry was an avid photographer who enjoyed taking long country rides on his motorcycle in search of new subject matter. A lover of jazz, he spent countless hours driving to New York City to haunt the various jazz clubs and watering holes to discover ‘new sounds’. Terry was also a great lover of the ocean (whether on it, in it, or under it) beginning with his childhood trips to the Connecticut shore. From 1962 -66 Terry served in the US Navy both in the submarine service and aboard the USS Long Beach, on which he circumnavigated the world as part of the Navy’s first nuclear powered task force. In later life, scuba diving prompted Terry to explore the many beaches and dive sites from Canada to the Caribbean. After retiring from New Departure Hyatt in 2001, after 33 years of  service, Terry settled in North Carolina, having found warm sandy beaches that still allowed him to be close to his family in Connecticut. He is survived by his son Kevin Lincoln, of Waterbury, Ct., his brothers Tom, Stephen, and Peter, and his sisters Mary and Ruth, and their families respectively. He is also survived by his fiancée Sharon Battistelli of Wilmington, NC who has been a fountain of love and support for Terry and the family throughout the years. Please share memories and condolences by clicking the “Sign Guest Book” tab above. Wilmington Funeral & Cremation 1535 S. 41st Street Wilmington, NC 28403. 910.791.9099