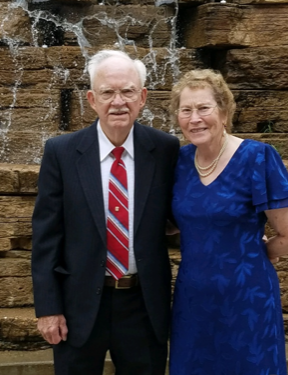 Thelma Evelyn Garrett beloved wife of 67 years and Mother, loss her courageous battle with cancer on October 21,2022, Leland, North Carolina. Thelma was born, 1933, in Oklahoma, to Leonard and Eunice Clifton. Thelma will be joining her son Mark and brother John Clifton in
heaven.

Thelma was an avid gardener. She loved traveling all 50 states, Europe, Egypt, China, and South America with Paul. She enjoyed playing euchre and dominoes with family and friends. In addition, she was active in many exercise classes, enjoyed sewing, and bowling.

Wilmington Funeral and Cremation is managing Thelma’s services at the family discretion.

In lieu of flowers memorial donations can be made in honor of Thelma Garrett’s memory to Lower Cape Fear Hospice, Visiting Angels of Wilmington, or another charity of your choice.