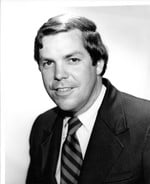 He recently retired as Sales Manager with Quality Closets in Calabash, NC. Before moving to Shallotte, much of TP’s career was in the shoe business. From 1980 to 1995 he was the East Coast Sales Account Executive for the Hamilton Shoe Company based in Saint Louis, MO. TP was in the Army National Guard from 1965 to 1970, where in 1968 he was recognized for meritorious service by the New England Commandant.

TP lived in Shallotte for 15 years. However, most of his life he lived in Gloucester, MA and Farmington, CT. He was a 1959 graduate of Gloucester High School where he played varsity ice hockey and was active in Army ROTC. He was a 1963 graduate of Boston University where he received his BS in Industrial Engineering. While at BU, TP played ice hockey.

An avid golfer, starting the game in the 80’s, he achieved a 7 handicap just before becoming ill. He won many golf tournaments including two-time champion at the Saint Louis Country Club. He was an accomplished sailor through his teenage years, winning many regattas at the Eastern Point Yacht Club. He was a fanatical water skier through his 30’s, and an avid snow skier much of his life. TP was a past member at the Bass Rocks Golf Club, Eastern Pont Yacht Club and the Annisquam Yacht Club. TP was a woodworking craftsman from an early age. He built much of the furniture in his house, and built his own house in West Gloucester on the Gloucester harbor.

TP will be dearly missed by his family and friends. He left a mark of a true gentleman to all who knew him. To the owner of Quality Closets, he was “his hero”. To those that saw him in the last 16 months, fighting for his life, TP will be remembered as a man of courage and pride.

A reception in memory of TP is planned for Friday April 16th at 6pm at the home of his dear friends, Tom & Ginni Gore, 703 Shalamar Lane SW, Shallotte, NC. Later in July, a service and celebration of TP’s life will be held on the ocean in Gloucester, MA.

Donations may be made to the Lower Cape Fear Hospice 1414 Physicians Drive, Wilmington, NC 28401.