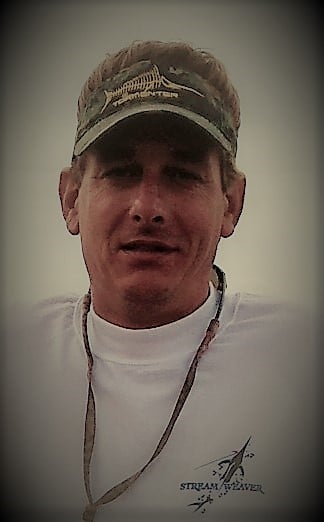 Thomas James Lorenzen, age 46, passed away unexpectedly January 11, 2019. His home for the first half of his life was Charlotte, NC and he spent the second half in Carolina Beach, NC.

He was a devoted son to Jim and Donna Lorenzen; a loving brother to Teri and Kemp Miller; a doting uncle to nephew, Whit Thomas Miller who he always called “Buddy”; an adoring uncle to Sophie Miller, who was his favorite singer; and a loving nephew to Terry and Lynda Widener and JP and Cecilia Lorenzen. He was preceded in death by grandparents, Paul and Ruth Lorenzen and Thomas H. and Betty Williams and aunt, Rhonda Hawkins.

Tommy was a 1990 graduate of Garinger High School, where he excelled in baseball. TJ’s true love was the ocean, so he and his beloved dog, Cassie, followed his heart to the beach where he began his career as a sport fisherman. For many years, he participated in the Blue Marlin Fishing Circuit spanning Mexico to Maryland. He continued sport fishing in Carolina Beach while working hard to earn his Captain’s license. Most recently, he became a North Carolina insurance agent.

He loved the Pittsburgh Steelers, the Carolina Tar Heels, dogs, his mama’s homemade lasagna, Big Macs and fishing…but loved nothing more fiercely than his family. Tommy cherished his friendships in his fishing family, as well as his lifelong friends in Charlotte. He would do anything for anyone and loved with his whole heart.

A memorial service to celebrate his life is planned for January 26, 2019 at Lowe-Neddo Funeral Home at 4715 Margaret Wallace Road in Charlotte, North Carolina. Family will receive friends at 1:30 PM followed by a service at 2:30 PM. At a later date, his fishing family will perform a burial at sea at the 11 Mile Buoy off Carolina Beach.

In lieu of flowers, donations can be sent to your local animal shelter or the Juvenile Diabetes Research Foundation. Condolences may be offered below by clicking on the “Condolence” tab or at LoweNeddoFuneralHome.com.