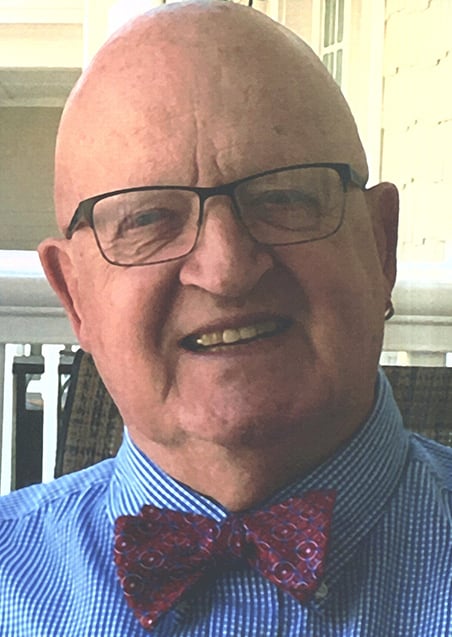 On June 20, 2019, Dewi passed through the rainbow into the loving arms of the Lord and those who went before him.

At age 17 he left his home in North Wales and traveled to Bristol, England to begin a comprehensive airplane apprenticeship. He studied aeronautics at night as he worked for the Bristol Airplane Company. He graduated as a mechanical as well as an aeronautical engineer. He described himself as an aerodynamicist. He began work for British Aerospace Corporation (BAC), where he was part of the design team for the Concorde SST.

In 1970, he moved to the US with his wife Yolande and their three young children. His assignment for BAC was to work with the US Government to obtain landing rights for the Concorde in the US. He was promoted to Executive Vice President. He was transferred in 1988 to London BAE with his former wife Sue Buckstrup, where he managed aircraft sales until 1991. He worked for what became BAE for forty-three years. After retirement from BAE he spent three years in Buenos Aires, Argentina and Santiago, Chile, where he married Karen while working for Lan Chile. He retired to Wilmington, NC in 1999.

Never one to be idle, he volunteered in 2000 for Wilmington’s Cape Fear Habitat for Humanity where he built houses for 15 years, and made wonderful friends. It was there that he met his wife Martha.

While an apprentice in Bristol, Dewi was an eager volunteer for the Bristol Fire Service Brigade. After his move to the US, he volunteered at the Burke Fire Station, Fairfax, Virginia, and then at the Sterling Fire and Rescue Company in Sterling, Virginia, where he was a firefighter/EMT. In Wilmington, he became a member of the Wrightsville Beach sea turtle watch team. Early in the mornings he could be seen walking the lengths of beach in search of tracks left behind by nesting mother sea turtles. He also was an active member in the on-going ministry of his church, The Little Chapel on the Boardwalk.

Dewi’s life was built around his determination to follow his path, wherever it led. He never left his many friends behind. Often, he called them to let them know they were in his thoughts, memories of his joy filled life. A man of few words, his mind was forever a blur of ideas and calculations. His wry humor drew people to him. His bigger than life presence filled the room with light. There was only one Dewi.

Dewi was a proud Welshman, a native speaker of that unique consonant-filled language. He called home every week and spoke to his cousins and friends, keeping his native language alive. He prayed each night in Welsh and cherished his roots in the green mountains and valleys of his native Wales.

A Celebration of Life will be held at Little Chapel on the Boardwalk, 2 West Fayetteville St, Wrightsville Beach, North Carolina on Saturday, June 29, 2019 at 11:00 AM, followed by a reception.